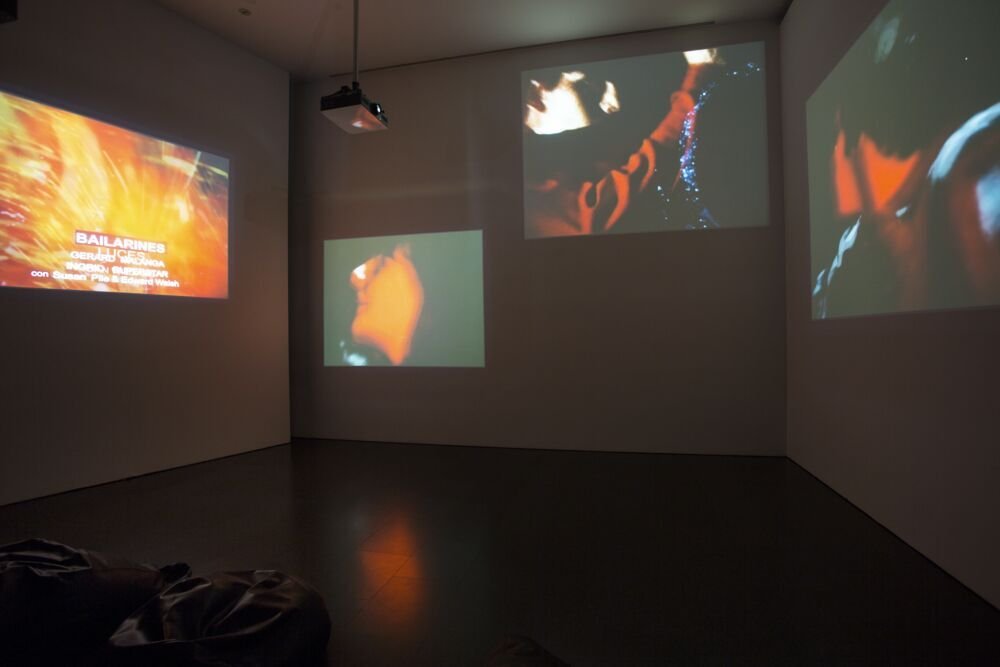 Ronald Nameth, born in Detroit in 1942, completed his photography and film studies in 1967. Since 1965 he has produced many works in the fields of cinema and experimental video, as well as multimedia projections and video installations. In the mid sixties a group of artists from different disciplines, among them Ronald Nameth and Andy Warhol, created a new form of live spectacle: music, light, film, art and counterculture combined in multimedia happenings that displayed the ingenuity and intentions of a new and radical generation. In 1967 he made the film Andy Warhol's Exploding Plastic Inevitable, in which he films one of the happenings Warhol did with the rock band The Velvet Underground.

Andy Warhol was born in 1928 in Pittsburgh (Pennsylvania). In 1945 he enrolled at the Carnegie Institute of Technology, where he studied drawing and painting. After graduating in 1949, he moved to New York, where he soon achieved success as an advertising illustrator. In 1963 he decided to locate his residence and studio on East 47th Street. The place, which was known as The Factory, soon became a haunt of artists, musicians, famous people and members of the New York avantgarde. In the sixties, from his need to overstep the conventional boundaries of art, Warhol began to experiment with other artistic disciplines. First came the cinema; he turned The Factory into a film studio where he was to shoot more than 500 films, most of them lacking a structure or a script. Then came music; he became manager of the band The Velvet Underground and organised multimedia happenings called The Exploding Plastic Inevitable, which combined performances, dance and music.

In The Exploding Plastic Inevitable the musicians of The Velvet Underground play on a stage, whilst on their bodies and on the background images of films and coloured lights are projected. At the same time the poet and photographer Gerard Malanga and Ingrid Superstar gave a frenetic rendition of the whip dance to illustrate the sadomasochistic lyrics of the band's songs. "The Plastic Inevitable performance […] provides the most violent, scandalous and dynamic exploration platform for multimedia art, […] and the most dramatic expression of the contemporary generation," wrote Jonas Mekas in Village Voice, on 26 May 1966.

In Andy Warhol's Exploding Plastic Inevitable, Nameth not only documents the multimedia spectacle produced by the artist; he creates a cinematic equivalent that conveys the same sense of excess through audiovisual effects. Like Warhol's show, Nameth's film is more an experience than an idea. Indeed, the whole ethos that characterises the pop lifestyle is perfectly reflected in Nameth's work. The film, whose central visual motif is the ecstatic movements of Gerard Malanga and Ingrid Superstar, is structured through five songs by The Velvet Underground. Nameth films in colour and black and white and uses repetitions, superimpositions and time changes in such a way that form and content are virtually synonymous. He also manages, thanks to his skill with the medium, to convey a sense of uncontrollable frenetic energy, which enables us to become spectators of a live performance of Andy Warhol's Exploding Plastic Inevitable.