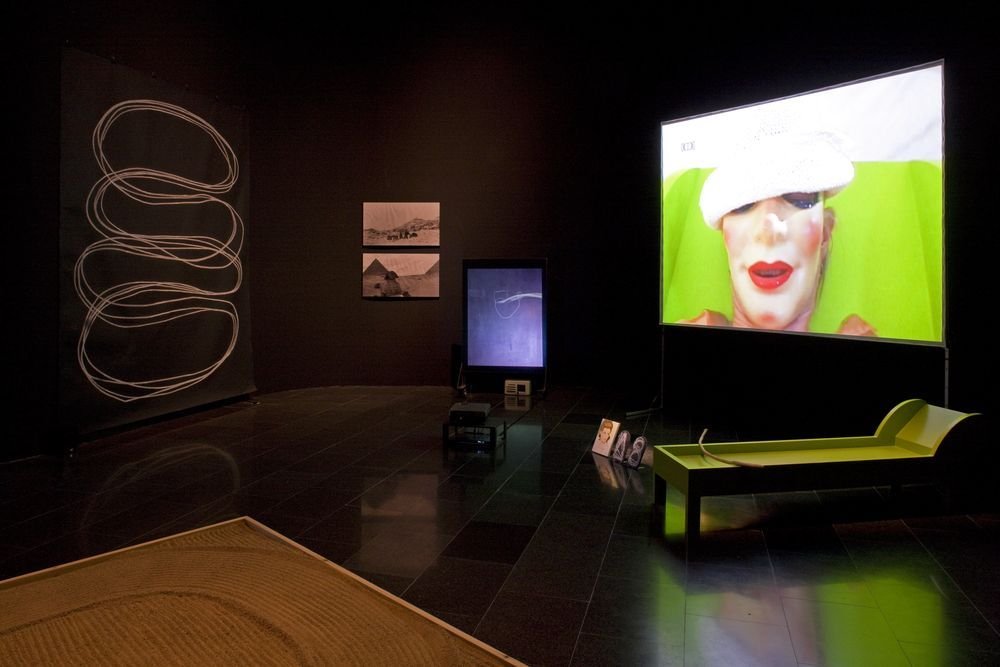 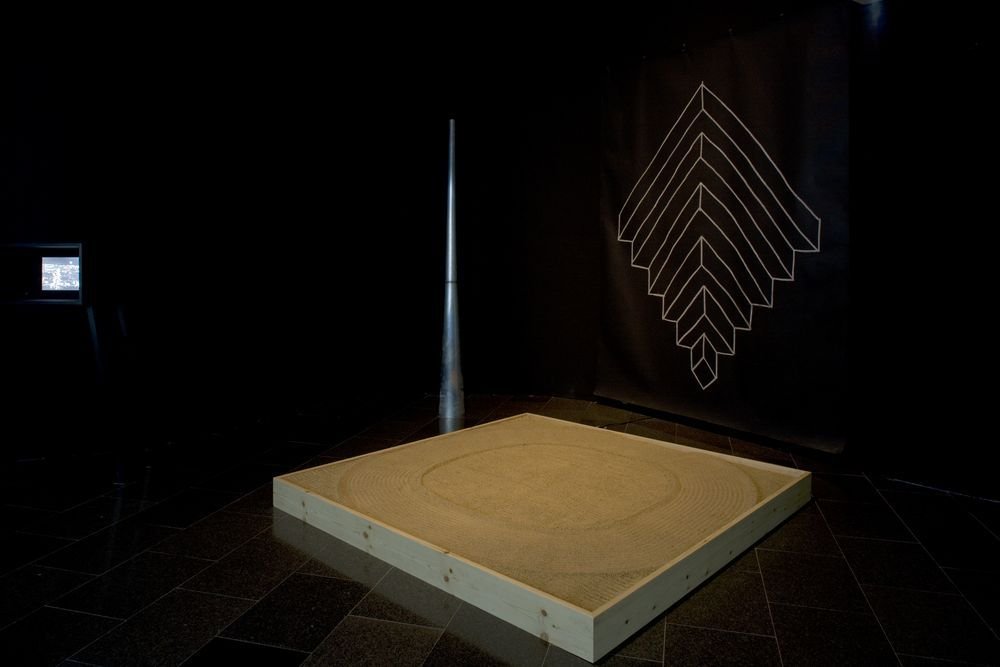 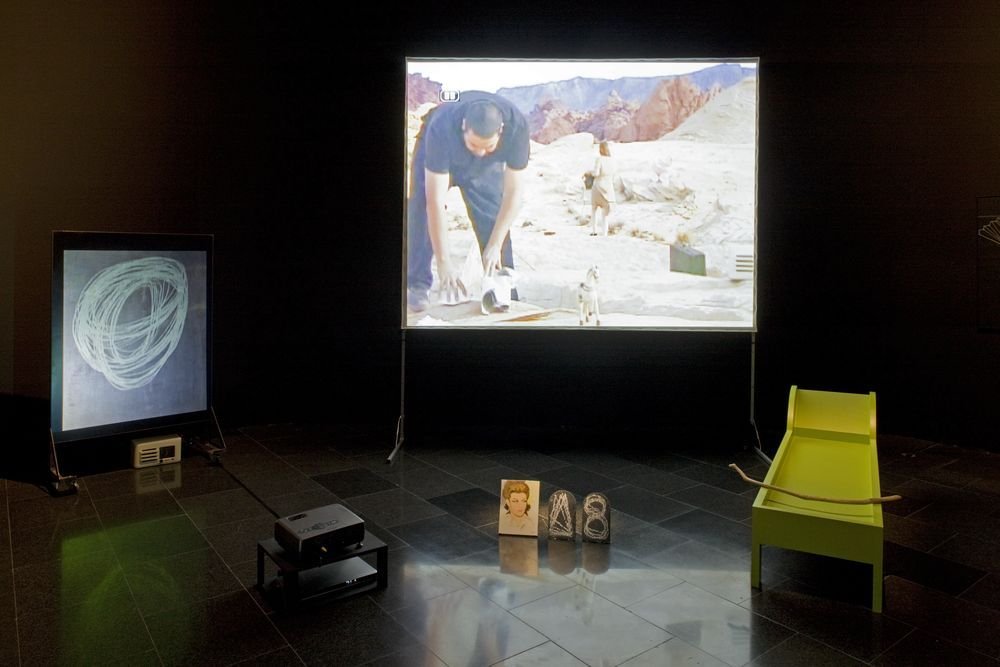 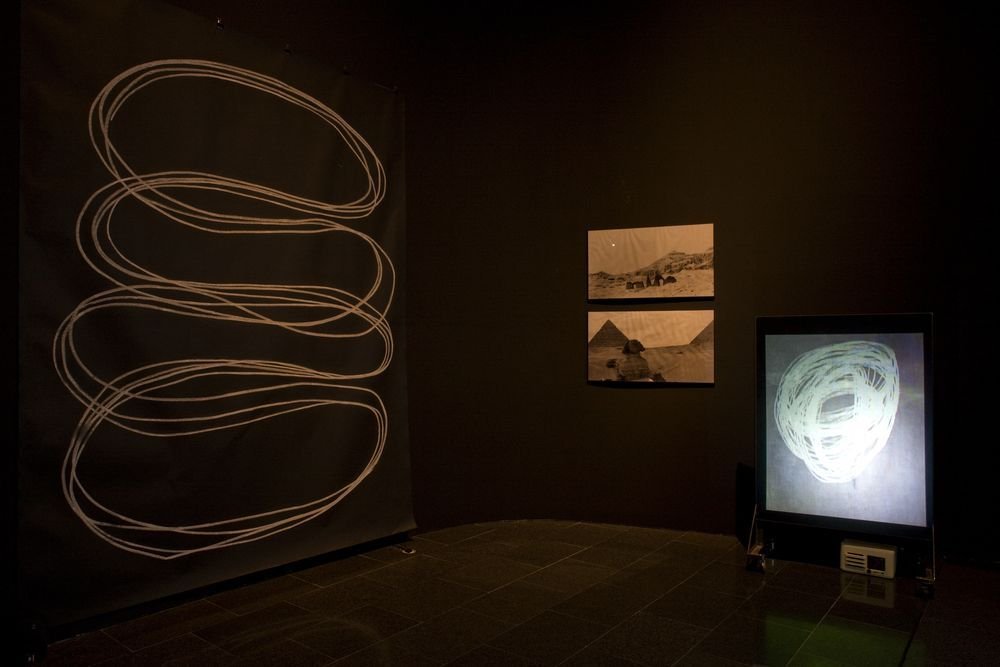 Oscillating between semiotics, pictorialism and theatrics, Joan Jonas integrates ritual and symbolic elements into her hybrid vocabulary, where gestures are the object of reflection.
At the beginning of her artistic career, the themes in her work focused on herself, on the body of the artist, its changes, transformations, deformations and reconstructions through an alter ego, feminine abstractions and the juxtaposition of sexual roles. Later on, the dramaturgy of the text refers to historical facts, culturally specific, originating from fables or epics, from which Jonas extracts universal motifs.

The performance Lines in the Sand (2002), commissioned by Documenta 11, took place after the installation had been set up, which added new dimensions to the work. Both performance and installation are based on the epic poem Helen in Egypt (1951–55), where the Imagist poet and writer H.D. (Hilda Doolittle, patient of Sigmund Freud before the World War II) revises the myth of Helen of Troy. In H.D.’s poem, based on classic texts, as well as in Jonas’s work, the epic war of Troy was not fought for an unfaithful Helen, but rather for less prosaic reasons, such as commercial routes and access to the Black Sea. Helen was in Egypt, not in Troy, which means that Trojans and Aqueans fought and killed each other for a ghost, a fake illusion, an ancient archetype.

In the work, Jonas explores the interconnected threads of myth, which is viewed as a representation of subconscious and reality. Juxtaposing images, texts and gestures, the artist questions and contradicts the official history and collective memory. Shots of the shadow of the artist and her dog walking on the beach, images of Egypt (from her grandmother’s photographs during a trip in 1910), of the Luxor casino in Las Vegas, including the roulettes and the desert landscape as well as images of a man and a woman placing objects on rocks, are interposed with various texts. Simultaneous narratives alternate: one fragmented (Helen in Egypt) and another in its entirety (Pillow Talk, from the ancient Irish epic poem The Tain, in which an Irish King and Queen discuss who has the most possessions, manifesting the domestic and trivial origins of discussions over property). At the same time, passages of Tribute to Freud, where H.D. describes her memories and thoughts as light projections on the walls of a bedroom, add to the phantasmagorical atmosphere. The artist creates a collage of scenes on the psychological and political power of Helen, representing Helen as an ancient metaphor of property and a justification of all the Trojan wars to come.

Other works by Joan Jonas 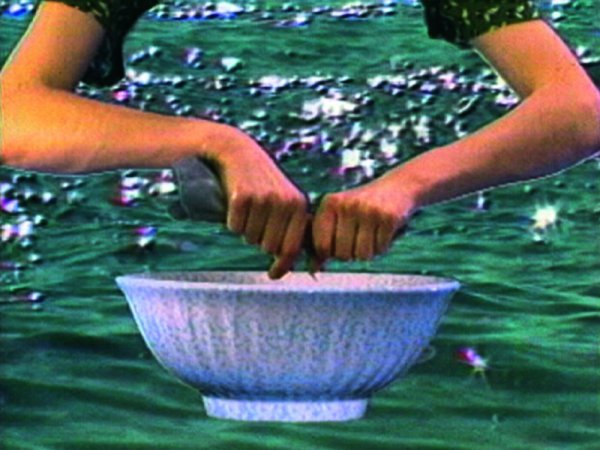 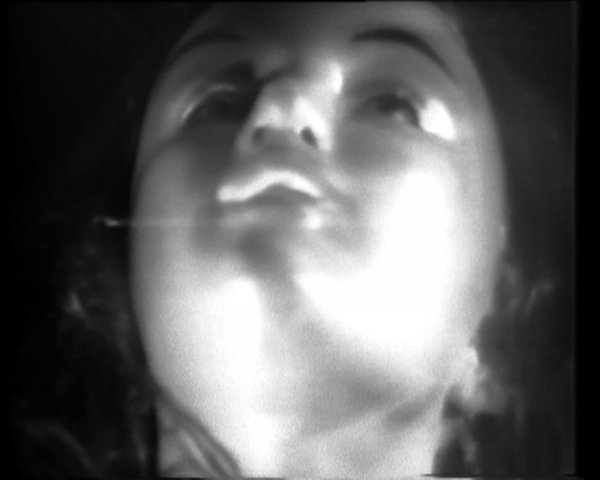 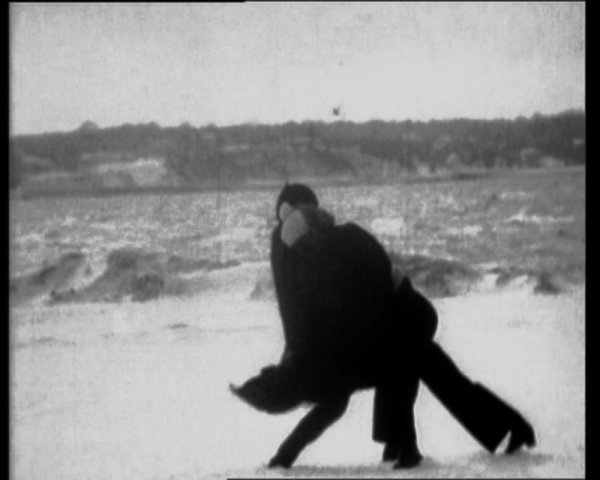 Joan Jonas
Songdelay
1973
See all works by this artist → 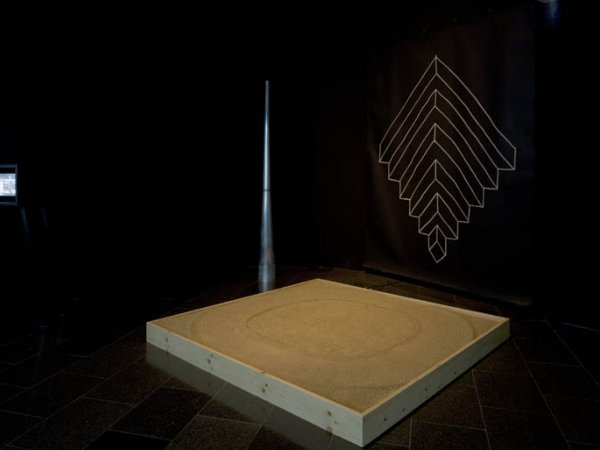 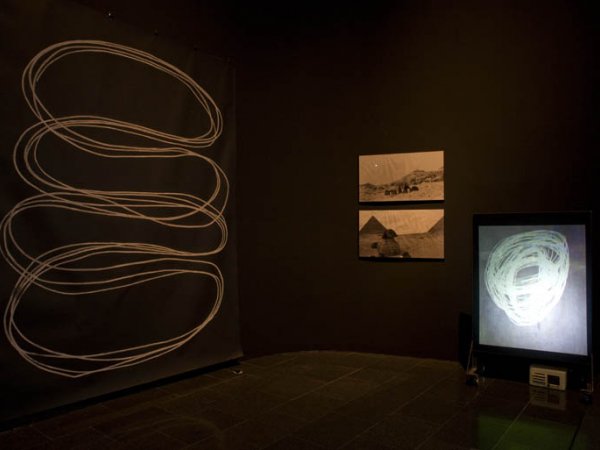