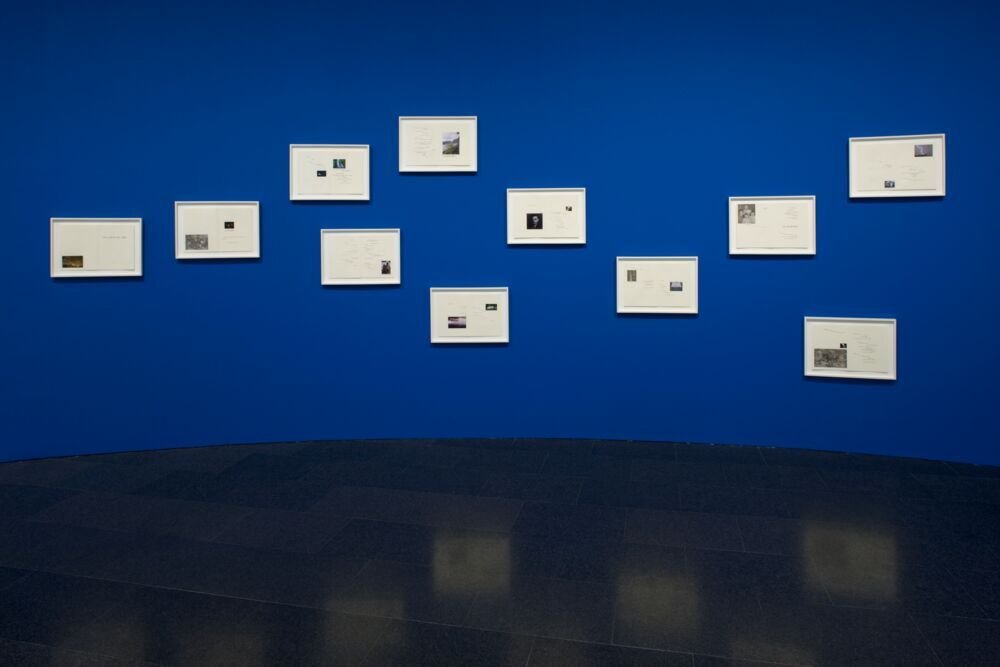 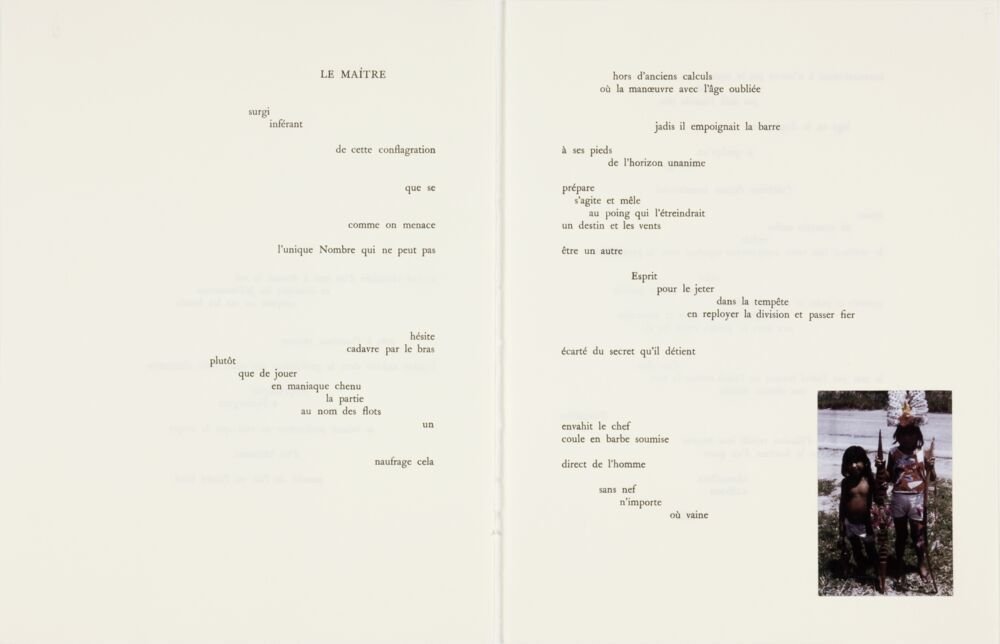 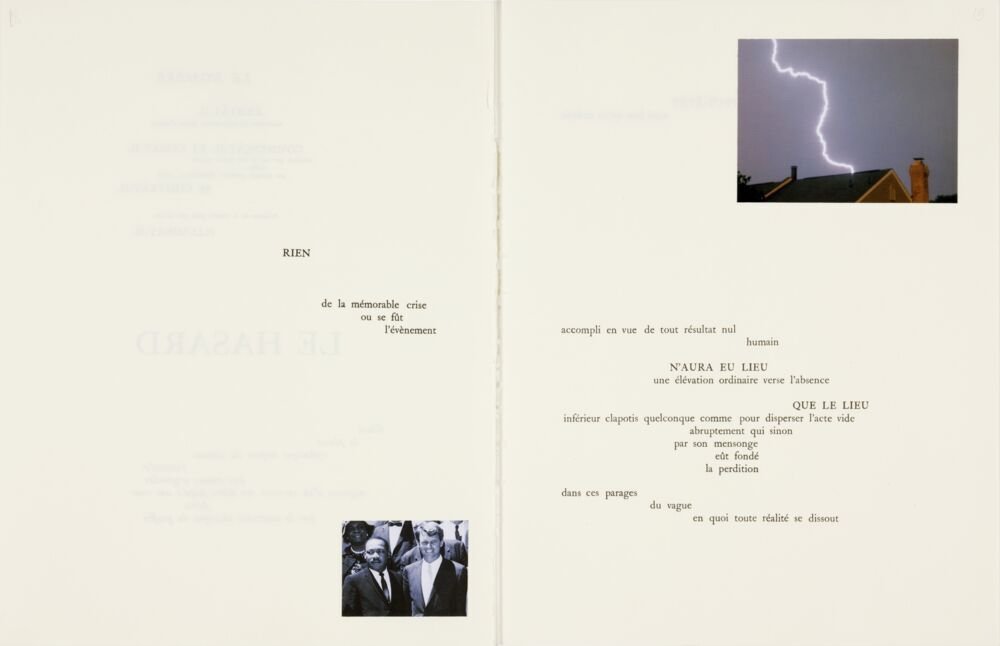 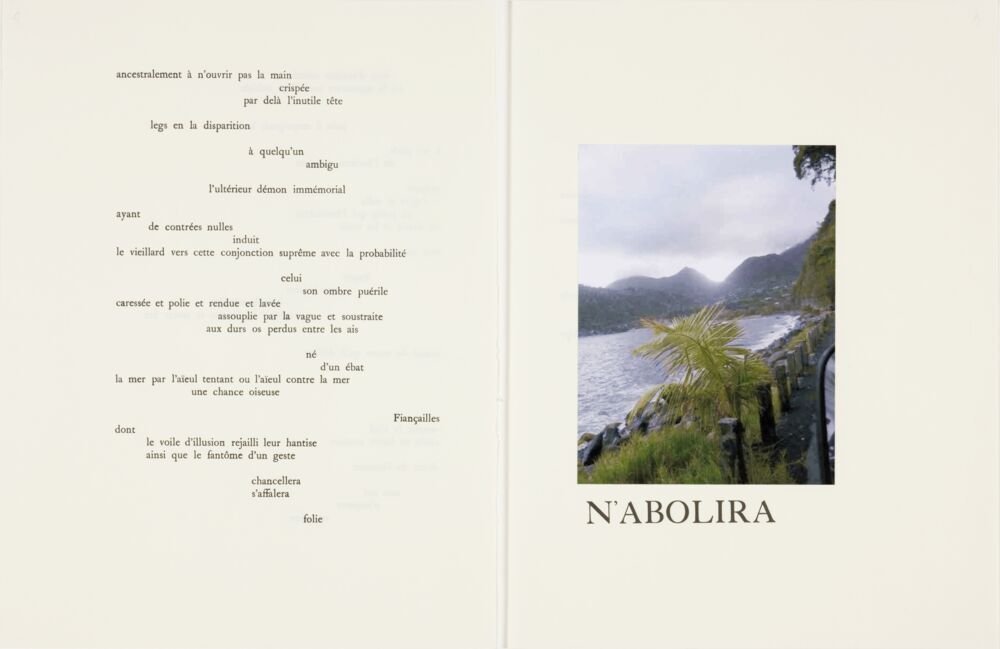 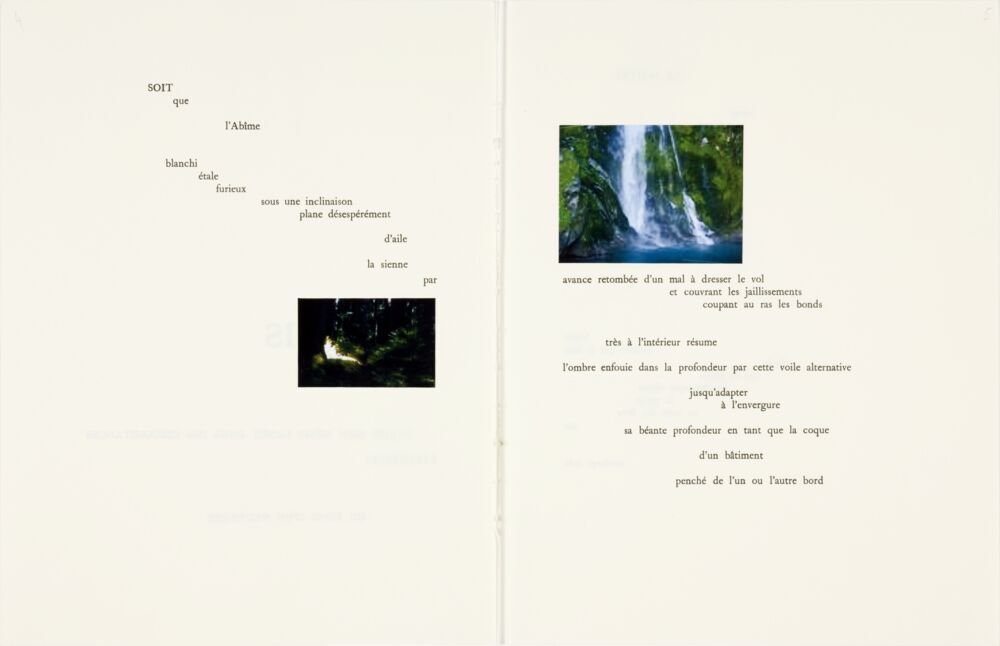 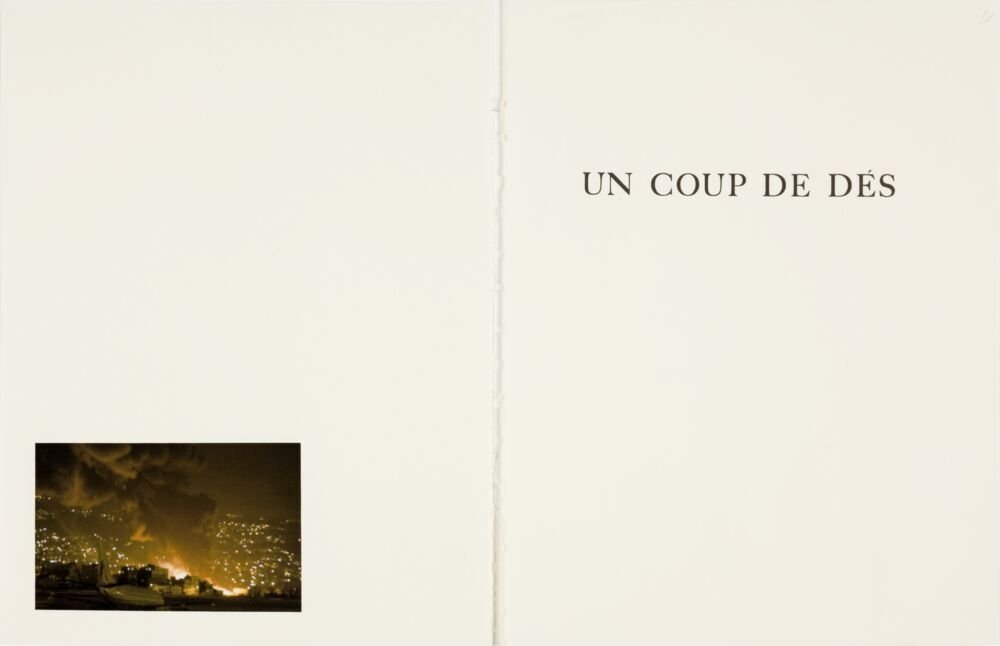 Working primarily in film and photography, Marine Hugonnier’s works are imbued with her long-standing interest in the discipline of anthropology. She focuses on the differences between types of perception, exploring what she refers to as ‘politics of vision’: the notion that perception is determined by a cultural, political, historic and social perspective. She oken portrays cultures whose sense of time is completely different to that of the West. On numerous occasions, she reveals the world of possibilities that move under or behind calm surfaces, showing how little is needed to situate us in an altered relationship with our surroundings. Describing her work, the artist has commented: ‘Until now my works tried to double or extend time. One has only to look at an insignificant detail, observe it until being able to perceive its most minute breath, in order for it to transform into the extra-ordinary. The books I always have with me are South American literature – Borges and magic realism – or science fiction – futuristic science fiction – and A roll of the dice will never abolish chance by Stéphane Mallarmé.’

One of the last poems the French poet and critic Mallarmé (1842–1898) wrote, A roll of the dice will never abolish chance was published for the first time in May of 1887, and anticipates later developments in visual poetry. In the poem, the actual layout of the words across and down the page, the visual character of the poem, becomes its primary component. At the same time, the poem seeks to embody what Mallarmé called ‘subjects of pure and complex imagination or intellect’ rather than passions and dreams, which he saw as the traditional subjects of verse. The meaning of the poem is open to various possibilities, all tentative and indecisive. Its content is suggested, demanding from its reading a creative, active attitude, thus giving prominence to the reader’s experience. Mallarmé was friends with numerous artists, musicians and writers during his lifetime, and throughout the twentieth century he had a profound influence on revolutionary artistic groups such as Futurism, Dada and Surrealism.

In 1945 René Magritte gave Marcel Broodthaers a copy of Mallarmé’s poem as ‘a way of explaining his art to a young admirer without explaining it literally’. In 1969, Broodthaers modified an edition of the poem by covering all its words with black stripes that correspond directly to the typographic layout used by Mallarmé to articulate the text. In this way, Mallarmé’s poem, which Broodthaers considered had unconsciously invented modern space, is reduced to its structure. Mallarmé’s poem is also the subject of Hugonnier’s The Bed Side Book Project made in 2007. The artist modified three editions of A roll of the dice will never abolish chance, and gave each of her interventions three subtitles: L’espace social (Richard Hamilton), La forme du mystère (Odillon Redon) and Altération (Kurt Schwitters) . Hugonnier writes that, in L’espace social, the English Pop artist Richard Hamilton’s bedside book ‘has been stolen’ and ‘its interstices have been filled up with images’, introducing new associations and modifying the reading of the poem. In the work titled La forme du mystère, inspired by the Symbolist French artist Odilon Redon, pages have been folded ‘to extend the space and time of the poem’s interstices bringing his dreams to a deeper sleep’. The indications for its exhibition include ‘a white space with an open window, a spider and a man dressed in a tuxedo who would change each of the eleven frames on the hour, leaving the room empty on the 12th hour’. In Altération, coloured paper cuts outs, reminiscent of Schwitters’ forms in his collages or even in his Merzbau, blind some of the words of the poem. 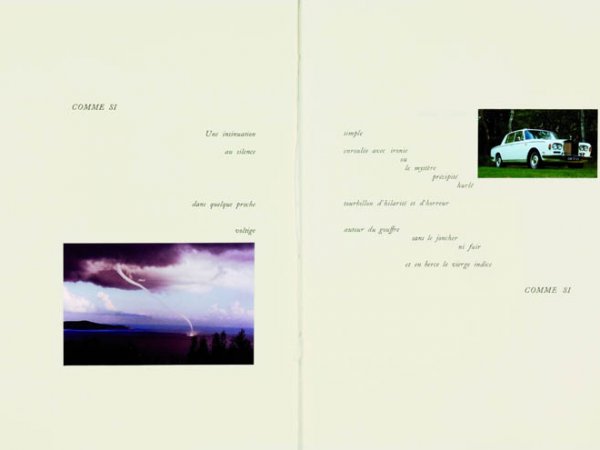 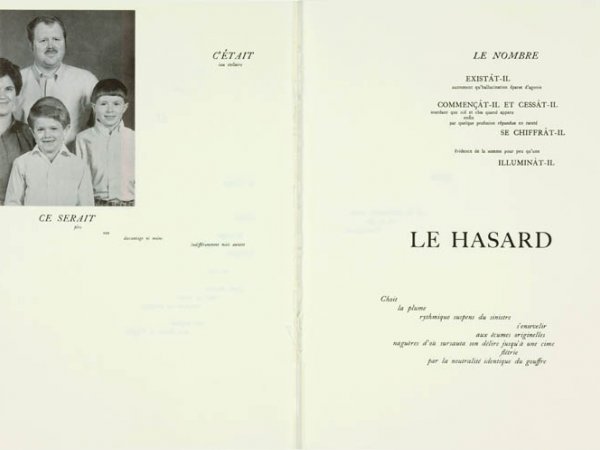 Marine Hugonnier "Un Coup de Dés Jamais N'abolira le Hasard - L'Espace Social N2", 2007
To reconstruct the disorder of a possible city. To use the model, not as an element in a project, but as the representation of something that already exists.
Jordi Colomer