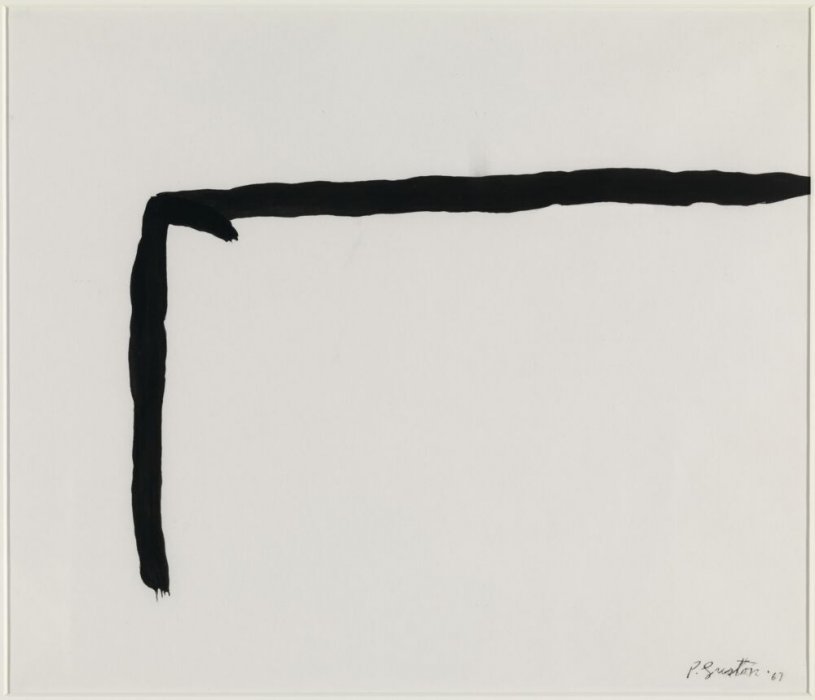 The son of Russian emigrants, Philip Guston was born in Montreal, Canada in 1913. At the age of six he moved with his family to Los Angeles. He became interested in drawing at an early age, and in 1927 entered the city's Manual Arts High School where he began to develop his drawing skills. He was a friend of Jackson Pollock's, and both were expelled from the school where they were studying for drawing comic strips which ridiculed the school's syllabus. With the exception of a short period spent studying at the Otis Art Institute in 1930, he was basically self-taught. In the fifties he became one of the leading figures in the abstract expressionist movement but his work did not obtain the unanimous recognition of the critics until 1970 when an exhibition of his work was held at the Marlborough Gallery in New York. Throughout his life, replete with difficult moments, one of his ambitions was to create an art which was the focus of constant experimentation and renewal.

Drawing played a decisive role in his work and became a tool for experimentation and the regeneration of his art during the transitional phases and moments of doubt he suffered. Philip Guston said: "The act of drawing is what locates, suggests, discovers. At times it seems enough to draw, without the distractions of colour and mass. Yet it is an old ambition to make drawing and painting one."

In 1966, Guston exhibited his last paintings and drawings at The Jewish Museum, New York. This moment marked the beginning of a period when he stopped painting and devoted himself fully to drawing. He produced images of objects in tandem, which he called "pure drawings." When seen as a body of work, they evidence his painstaking search for a new pictorial solution. Air, Edge, Horizon and Mark are works which illustrate this period during which the artist explored a territory close to minimalism and were considered turning points in his work. Guston calls these types of drawings either "reductive" "minimalist" or "pure." They break with the works produced immediately before in which the simply and directly traced line adopts its own identity as the organiser of the surface composition. Guston says: "I thought, what would happen if I eliminated everything except for the initial feeling, the paintbrush and ink...? It was as if I were putting myself to the test, to see what I am, and what I was able to do. It's strange, at that time in the sixties, I wanted to be a stranger to myself." Guston's "pure" drawings are able to stand alone, but when they are seen as a body of work, they create a sequence which reveals his painstaking search for a new pictorial solution. In a sense, they marked his return to the essential, the basic, despite the fact he still felt the need for the tangible object.

Other works by Philip Guston 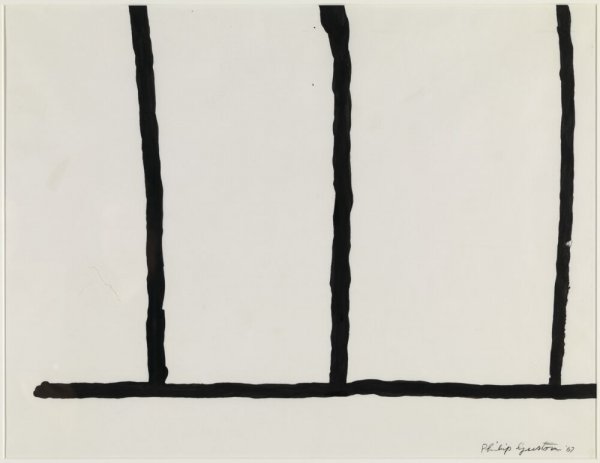 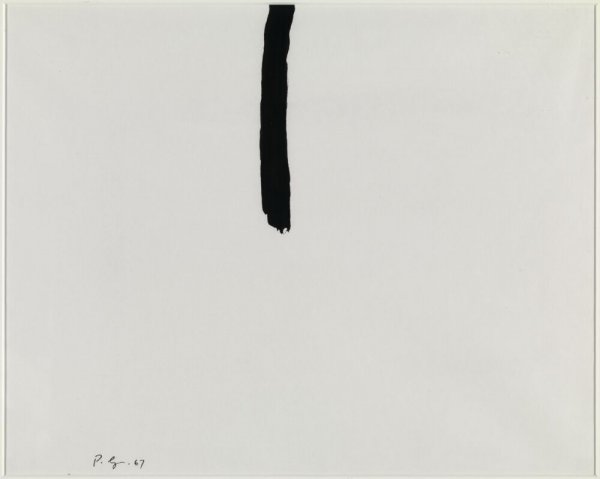 Philip Guston
Mark
1967
See all works by this artist →