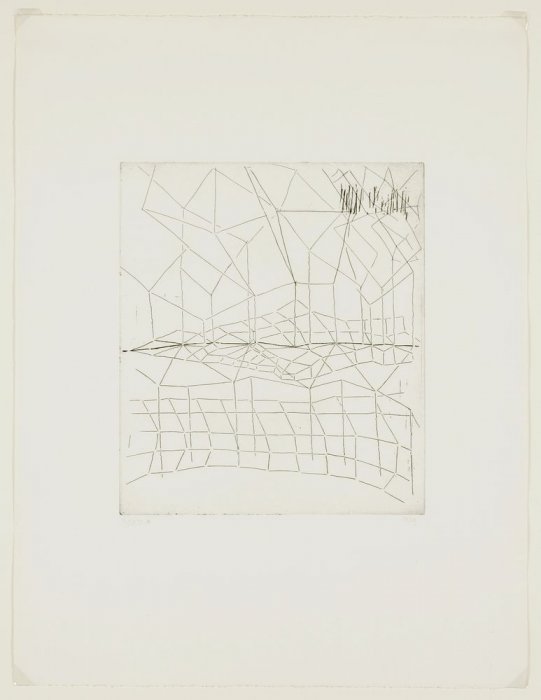 Gego, the name adopted by the artist Gertrude Goldschmidt, created a body of work that never adapted itself to any artistic movement. Her artwork was devoted to the line, with which she drew in either two or three dimensions, and enhanced by her use of different materials, often simple or recycled, such as steel, wire, nylon. In her artwork she investigated the relationship between form and space, and considered the latter an active element. Her geometric abstractions, defined by the grid, often avoid mathematical exactness, exploring organic forms in its place. However, she categorically denied that her art had anything to do with principles of nature, considering her forms as ‘autonomous’ elements.

At the beginning of her career, after a brief period working in an expressionistic idiom, in the mid-fifties she began to make drawings of parallel lines, without reference to the real world. Those first drawings, in which the lines appear to be escaping from the picture plane to appropriate the space and give it form, were the starting point for her more mature work. In 1957 she began realising three-dimensional works, which explored the formal possibilities of projecting planes, modules and parallel lines onto curved surfaces. Her sculptures constructed initially from lines of rigid materials, gradually opened up to more flexible materials and formal solutions.

From 1964 onwards she began to work with stainless-steel wire, which allowed her to approach more spontaneous works, with flexible links. Thanks to the lightness of the material, the line seems liberated in space and able to expand infinitely. Other heteroclite and unconventional elements helped liberate this work from the geometric rigour of her previous works.

By 1969 she was working on three-dimensional pieces based on a structural system of wire nets or meshes, comprising triangles and squares, which eventually became the series Reticulárea, (a combination of the Spanish words for ‘net’ and ‘areas’). Turning drawing into sculpture, the works literally translate the line of two-dimensional space into three dimensions. Revolving around the superimposition and parallelism of the lines, these open, flexible, grid-like works seem transparent, with dynamic, kinetic tendencies. Suspended in space, they are aerial, weightless structures with a great austerity of means and the use of essential lines. ‘Sculpture: threedimensional forms of solid material. NEVER what I do!’ These words, written by Gego in a notebook, place her work closer to three-dimensional drawing than sculpture. Her paper drawings and monotypes from this period appear like schematics for the later assemblies: the grid is also dominant in these drawings. The ink, always in motion, seems eager to move of the paper and Goat into the exhibition space. 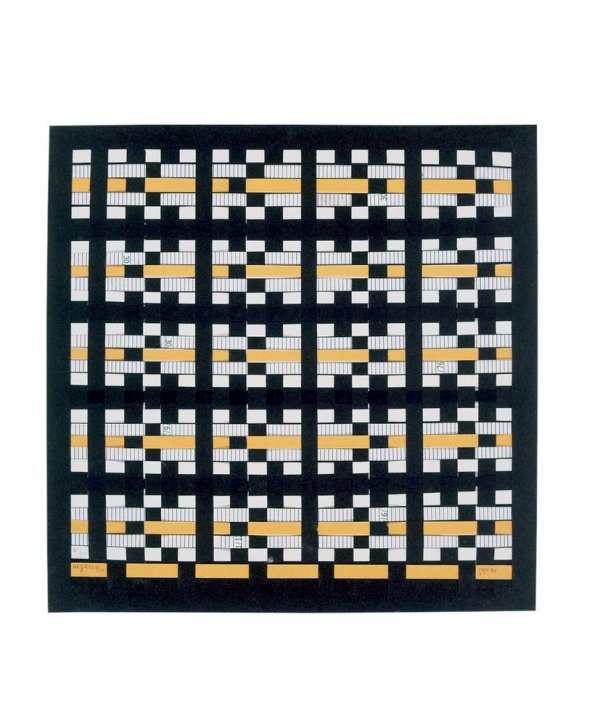 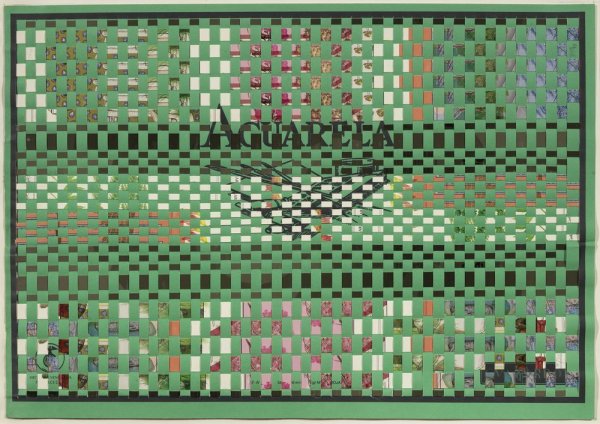 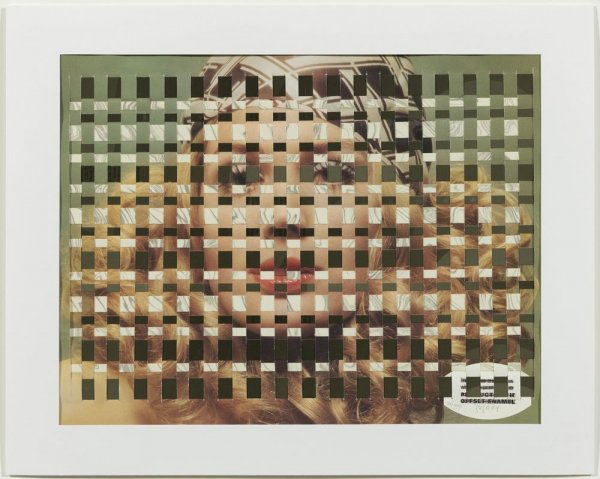 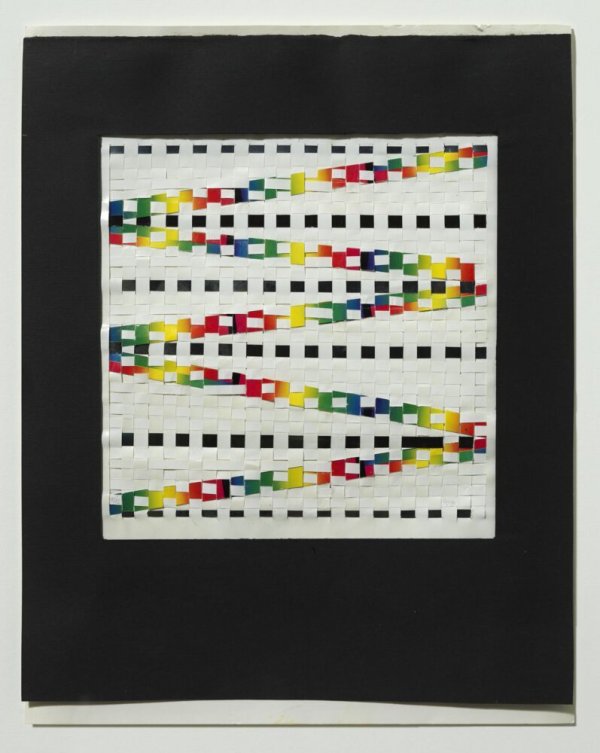 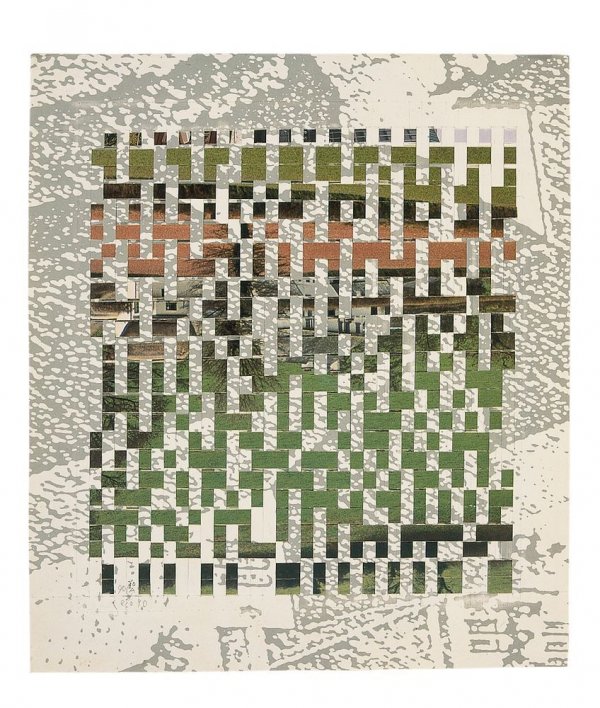