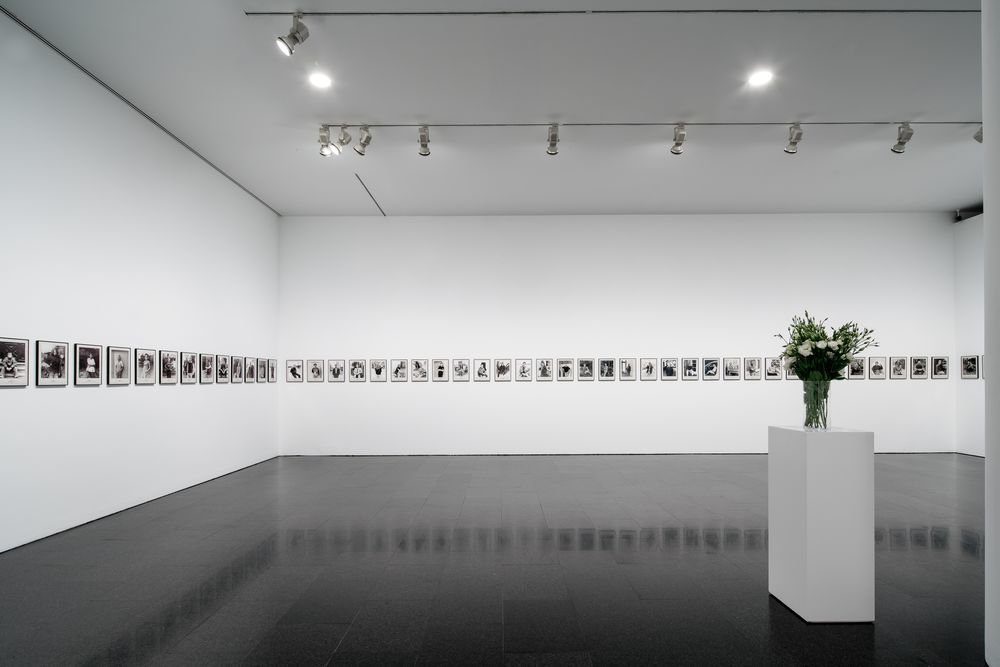 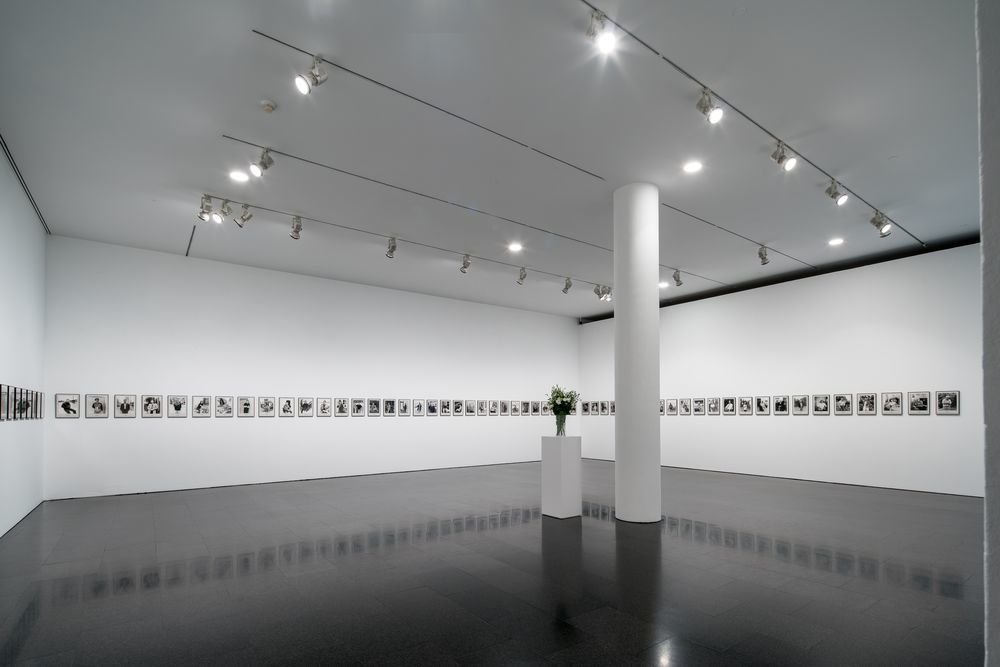 This series consists of 101 portraits of people aged between eight weeks and one hundred years old. All the people photographed belong to Feldmann’s family or circle of friends. They are clear, black and white photos, highly contrasted and full of half-tones, in which the subjects are centred in the photo, posing for the photographer. Underneath each photo is the first name and the age of the subject: Elisa, 17; Boris, 18; Nora, 19; Tim, 20; Barbara, 21; etc. Each person represents an age and so a moment in life which opens up before us like a whole world. And at the same time each of them is a story, his or her own story, which we can play at deciphering. This series continues Feldmann's questioning of the passing of time, but does so by looking at his emotive and friendship circles. The artist has ordered, in a linear time sequence, the images of a network of relationships concerning both family and friends. The images are points that mark a time sequence, a year, two, three, etc., up to one hundred. Exhibited as a series, they mark a long continuous line of 101 portraits which we walk past. As our age approaches the age of the portrait we look more attentively, we also look at previous and later years, asking ourselves about the person whose portrait has been taken and comparing our own status in time. Walking past the line of portraits evokes the passing of time for us. Lacan explains, when talking about paintings of still lives, how these both show and hide "that which they contain of menace, finality, layout and decomposition". In the same way, this series of images which evokes the passage of time also points to its end. 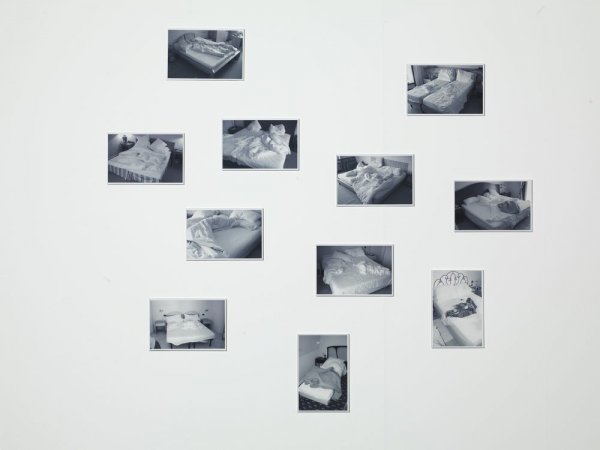 Hans-Peter Feldmann
All the clothes of a woman
1970
Photograph

Hans-Peter Feldmann
Rosanna
1970
See all works by this artist → 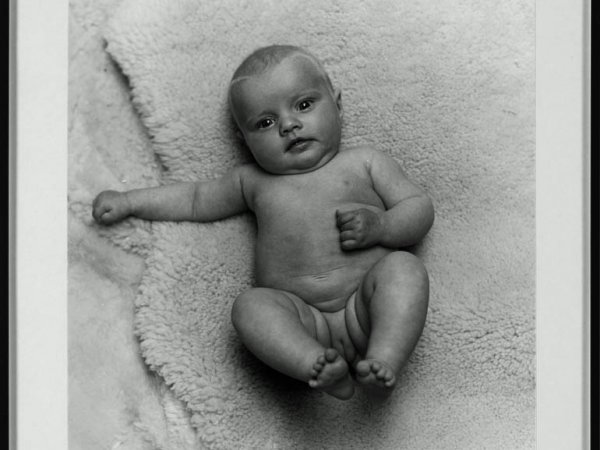 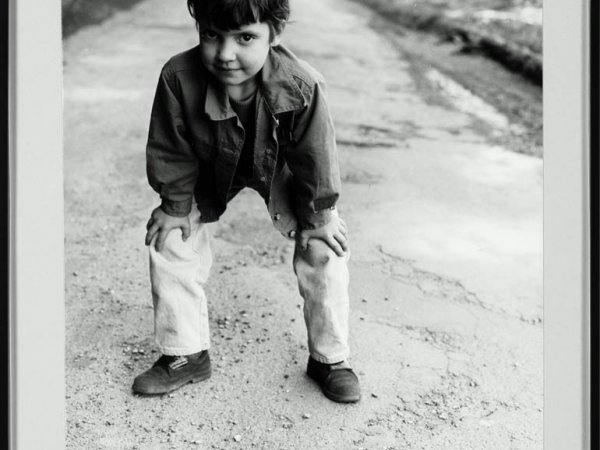 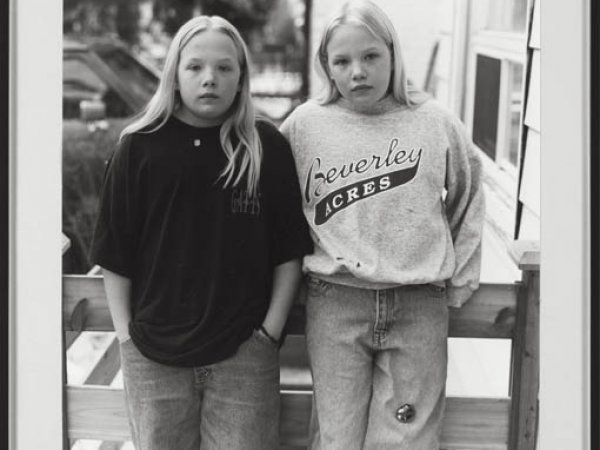 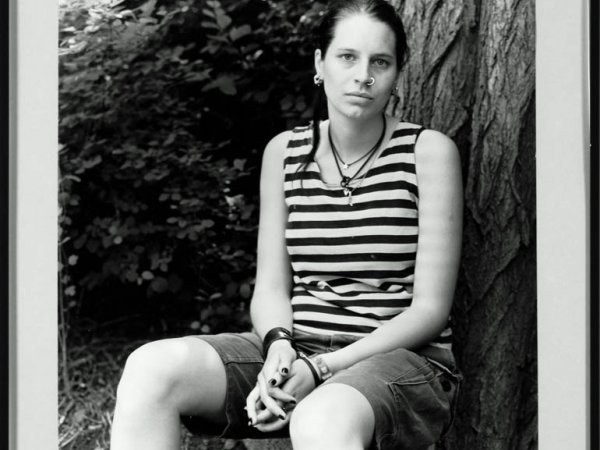 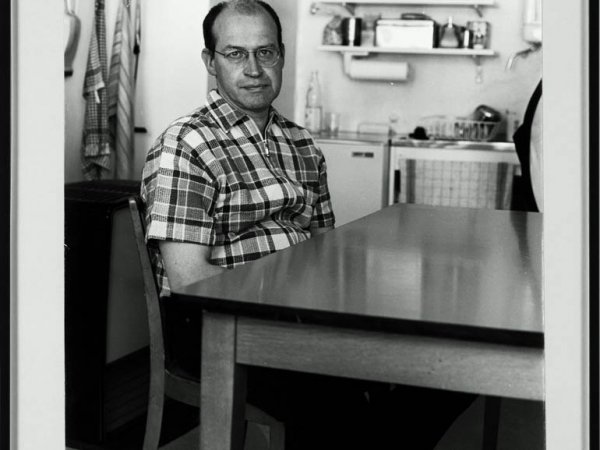 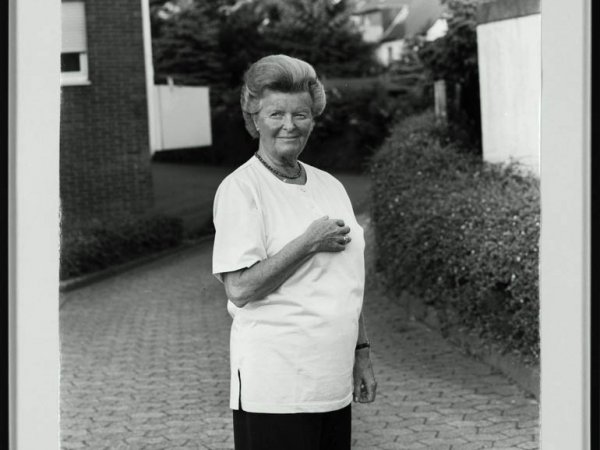 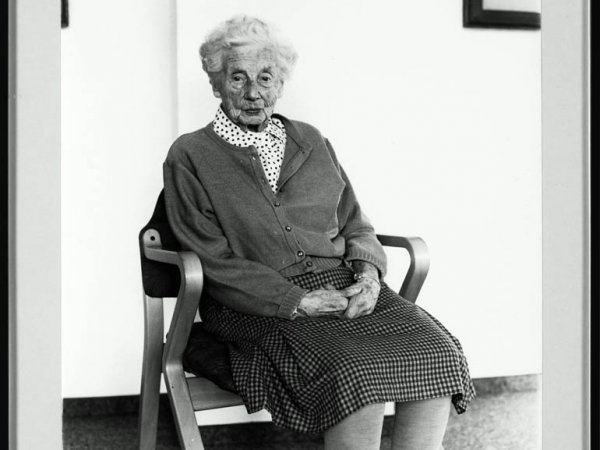 Hans-Peter Feldmann "100 Jahre", 2001
To reconstruct the disorder of a possible city. To use the model, not as an element in a project, but as the representation of something that already exists.
Jordi Colomer