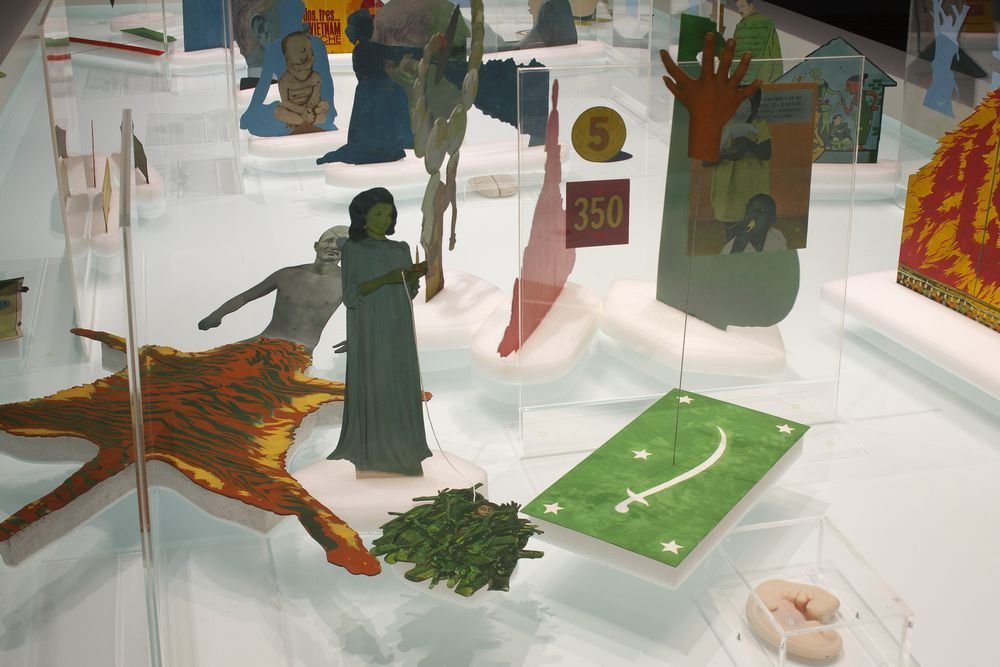 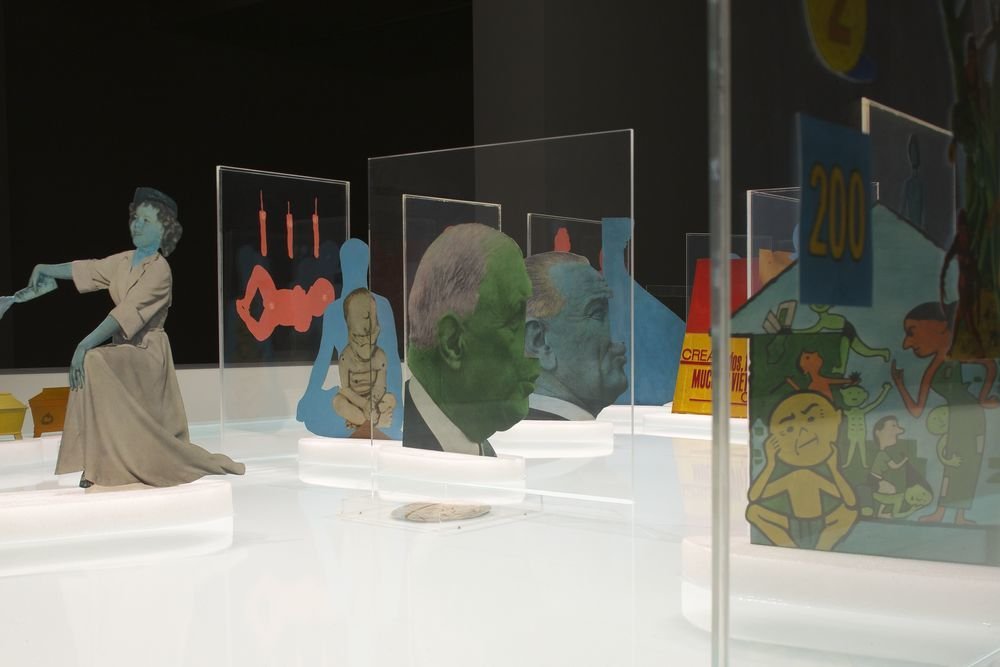 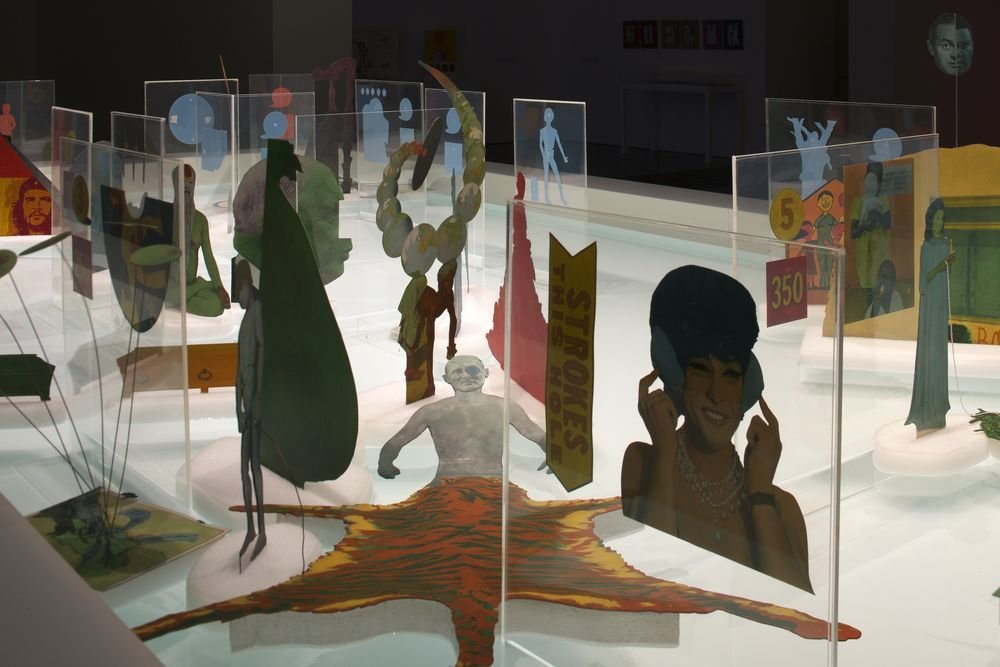 As part of his heterogeneous body of work, which is unwaveringly critical of capitalism, Öyvind Fahlström created mobile pieces that can be reconfigured in a variety of forms. His compositions include floating structures and what he termed 'variable paintings', installations that expand the picture surface through strategies such as magnets attached to independent elements, aerial structures with flowerpots and wooden rods, and constructions that are reminiscent of swimming pools. The Little General (Pinball Machine) fits into this latter category.

In 1967, Fahlström produced his first 'swimming pool' and peopled it with images painted in oils on photographic paper that 'floated' on its surface.

A few months later, he made a second, structurally similar work, which he called The Little General (Pinball Machine). This time, the piece was based on the pinball machines that were all the rage in the fifties, in which the player activated levers to propel small metal balls against a series of obstacles placed inside an inclined, glass-covered box, accumulating points for as long as he managed to keep the ball going. While in ordinary pinball machines the ball bounced off obstacles with images, figures, and illustrations from the world of comics and pop culture, Fahlström filled his unusual pinball with photographs and other references to international politics. 'I see The Little General (Pinball Machine) as a kind of floating, modified electric billiard game in which these numbered plexiglass tiles placed around the work replace those things that light up and flash and react in different ways when the ball goes into a hole. You have to push the floating shapes or blow on them, in any way you can, really.

As the artist points out, the floating images elicit strong emotions: there are photographs of politicians and pornographic images painted in oils according to a colour code that he has created. As Fahlström explains, 'The colour of the elements in the pool in The Little General (Pinball Machine) depend on whether they fall into the sphere of power of the United States, Russia, China or the Third World: blue, red, yellow and brown/green, respectively. So, the blacks are green. One interesting aspect is the combination of different kinds of photos within a single element: press photos, art photos, porn photos, photos I have taken myself.' (Autumn 1968) One central element is the press images of the president of the United States, Lyndon B. Johnson, who came to power a few hours after the assassination of President J. F. Kennedy on 22 November 1963. Fahlström was very interested in the literature around this assassination, which he had already explored in previous works. He shared the position of those who believed that Lee Harvey Oswald was not a sole assassin, but simply one element within a more complex web. In a photograph of Johnson and another of General de Gaulle, Fahlström has cut off the noses of the figures, and replaced them with images of sailing ships. In another photo, President Johnson is showing a large scar on his stomach. Fahlström strategically places this photograph next to another photo of a middleclass American woman masturbating. Aside from political images, Fahlström’s pinball machine also includes photographs from porn magazines, and images by Swedish photographer Christer Strömholm, including one of a transsexual and others taken on the streets of Panama, Nairobi, Calcutta and Paris in the early sixties. There are also other political references such as press images of Che Guevara, written references to Vietnam and a photograph of Israeli politician Moshe Dayan with a tiger skin between his legs.

The images are numbered and have scores assigned to them (600, 500, 450, etc), an explicit reference to the game logic that is a recurring element in Fahsltröm's work. With great visual audacity, he combines doses of irony, humour and critique, and an aesthetic that is strong on interaction. His singular pinball machine invites spectators to blow on the figures in order to move them through the water in an analogy that invokes the random, surrealist aspect of the political game.

Other works by Öyvind Fahlström 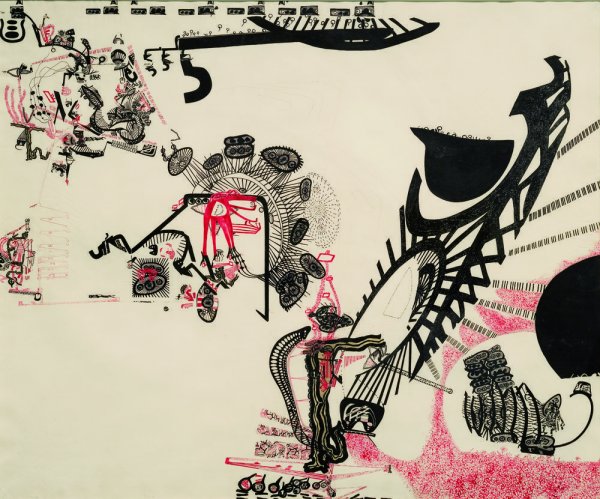 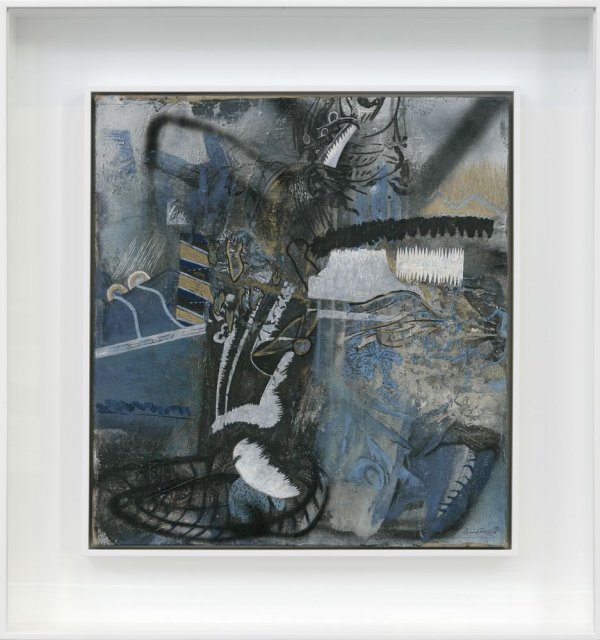 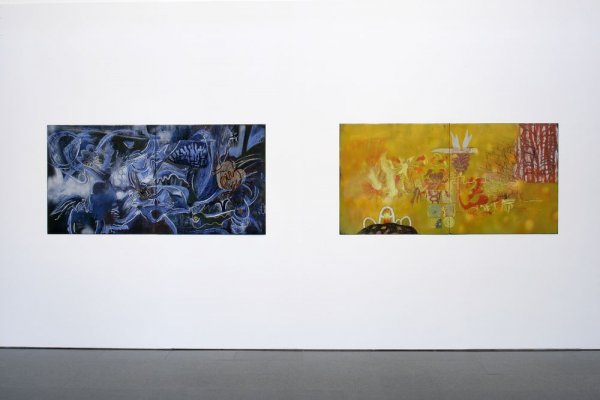 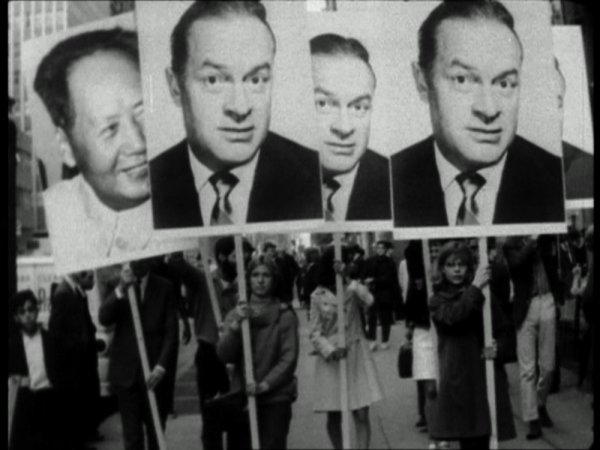 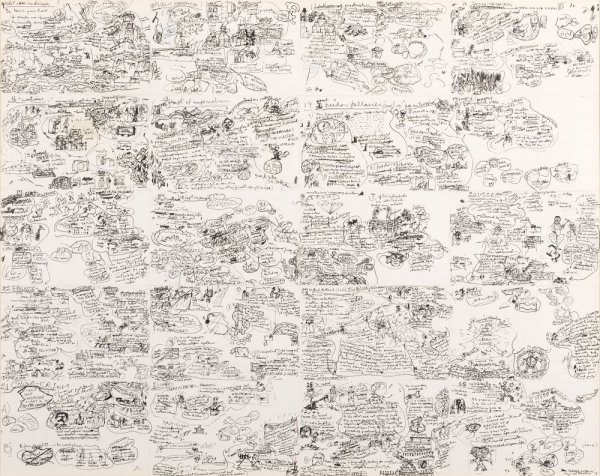 Öyvind Fahlström
Meatball Curtain (for R.Crumb)
1969
See all works by this artist → 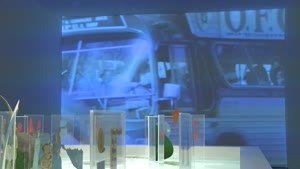 The Little General (Pinball Machine) ; Mao-Hope March / Öyvind Fahlström [Enregistrament audiovisual obra de Col·lecció instal·lada]
08/11/2012
I paint as if I were walking in the street. I collect a pearl or a crust of bread; what I find around is what I offer
Joan Miró