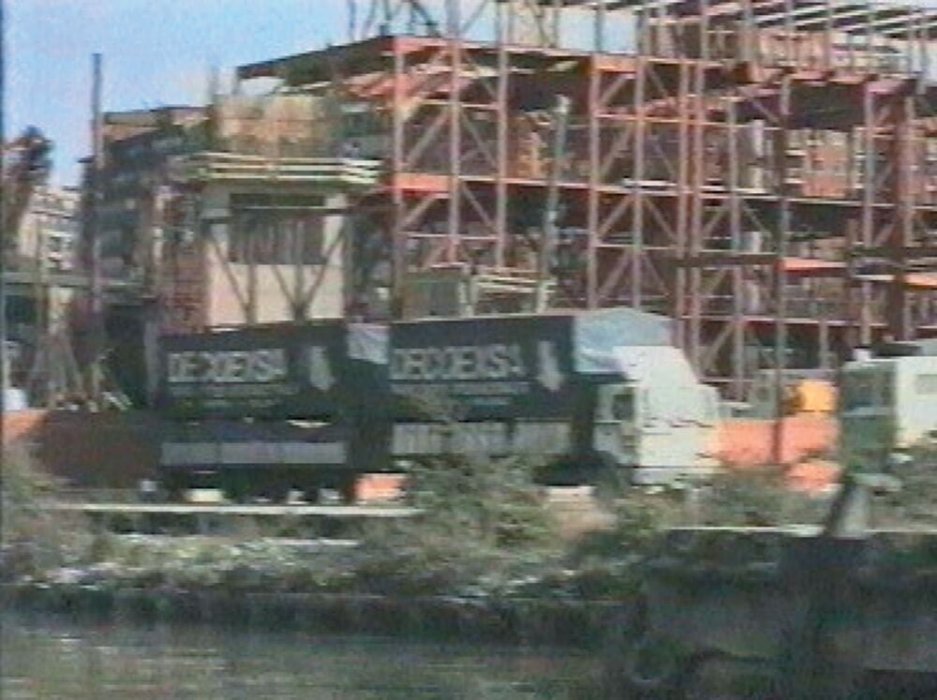 "For almost a year I have been working on a videotape entitled Octubre en el norte: temporal del noroeste. I would like to share some thoughts about it with you now, in the form of a short presentation. Although still insufficiently distanced from the result, see it as a critical reading of partial aspects of a concrete geographical, urban and social environment. I deals essentially with a discontinuous journey across time and space via fragments of social and urban landscapes in transformation, but in no way attempts to present any type of globalised or systematic overview or cartographies. entitled Octubre en el norte: temporal del noroeste actively refuses to offer a standardized map in any geographical, temporal, historical or social sense; quite the reverse. Instead, it chooses to dismantle preconceived cartographies.

The videotape revolves around a central leitmotiv in the visual representations of what it is known as Greater Bilbao: the journey down the length of the Ria (the river) from the heart of the great city out towards the sea. The journey outlined in Puerto de Bilbao ?Port of Bilbao? (a film dating from I920 attributed to the Azkona brothers, restored and preserved by the Filmoteca Vasca) is inter-cut, opposed and deconstructed at various points throughout its originally linear and descriptive narrative. It is a metaphorical dispersal and fragmentation brought to bear upon a physical, temporal and historical axis. Another dimension is added to the institutional and media representation of the demolition of the last cranes in Bilbao's Abandoibarra [the urban area which is been re-developed around Guggenheim-Bilbao Museum and Euskalduna Palace]. It allows us to read the loss of physical spaces within the old industrial city - where social and class antagonisms were made visible - as a metaphor of the symbolic dissolution of the central character of the proletariat as social subject in the conflict between capital and labor under the classic Leftist view. Later on, breaking down the barriers of temporal distance, the vision of an industrial landscape in ruins and on the point of annihilation runs parallel to and can be confused with the same landscape decades earlier, incomplete arid still in progress.

Storm from the Northwest: a final metaphor, at the end of the proposed journey; the waves lashing against the breakwater: remind us of other waves used to symbolize the unstoppable advance of the revolution (Eisenstein). Turbulent October weather conditions (Basque poet Gabriel Celaya: "Everything is terribly sad, and so beautiful!") overlap with the events of October 1984 which saw the civil unrest in Euskalduna. Engineering, meteorology and the techniques and technologies for the control and domination of natural forces (Marcuse: the domination of man over man through the domination of nature) are aligned with the technocratic imaginary of a futuristic Bilbao. There is an extended prologue and epilogue which focus on the mining district, the hub which generated the staggering amounts of capital which, in the hands of the local bourgeoisie, supported the industrial development of the region, through the systematic and insatiable exploitation of human and natural resources.

[...] There are many ways to read and recount History. Almost always, the most suspect is that which is disseminated by those who control and impose the narrative mechanisms; those who decide who should speak, when and to what ends. (Santos Zunzunegui at the beginning of the tape, tells about the work of the historian being like a work of montage). There are many alternative experiences and readings of History, as well as personal and collective (hi)stories which deserve to be told, heard and remembered. I want to say that opposing the dominant narratives is above all a political task, that some of us have decided to take this on by rearranging sounds and images. To resist hegemonic narrative methods and offer a different arrangement of sounds and pictures is to truly contribute to the possibility of a collective and alternative reorganization of experience. I mean this in the sense that Godard says that those who work with images move in occupied territory - and in occupied territory one must choose to be pant of the resistance. Or in the sense that Deleuze states that an act of resistance has two sides: under the form of an artwork, under the form of human struggle - this is without doubt one of the ways one can connect art with life."

Other works by Marcelo Expósito 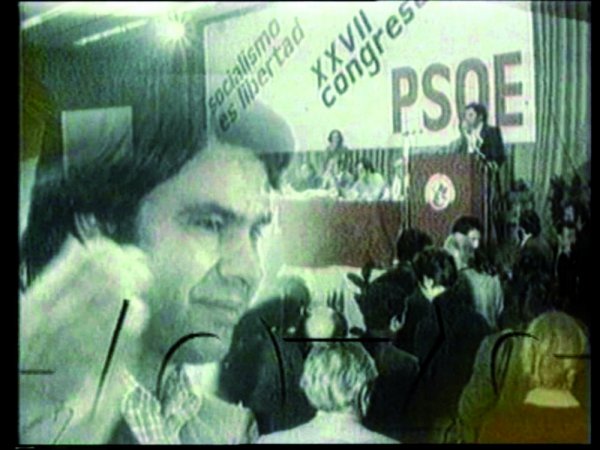 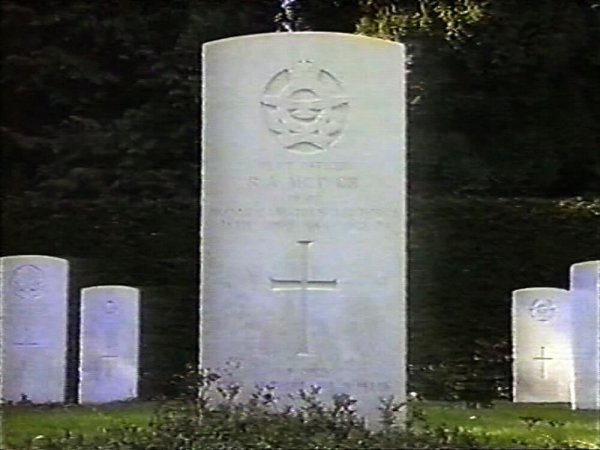 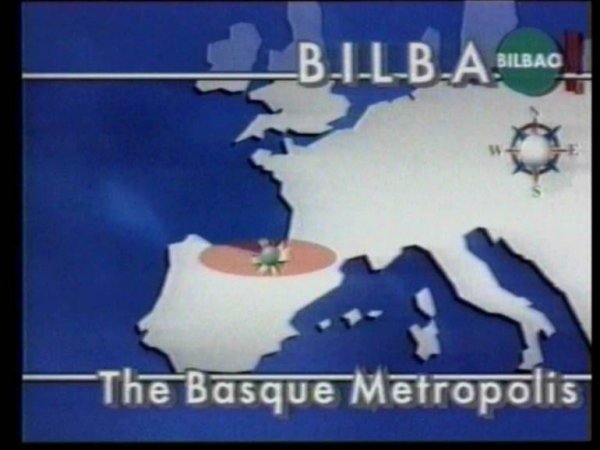 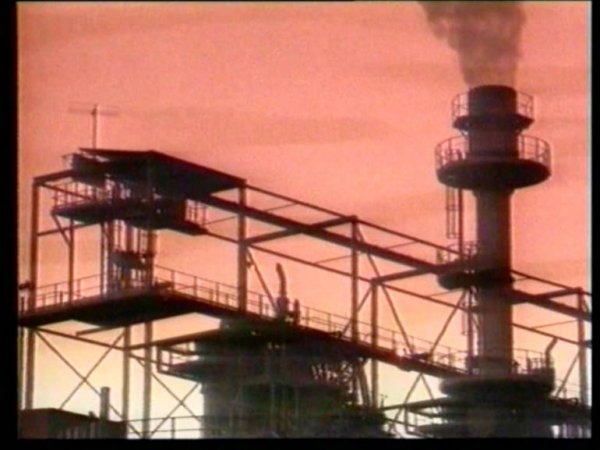 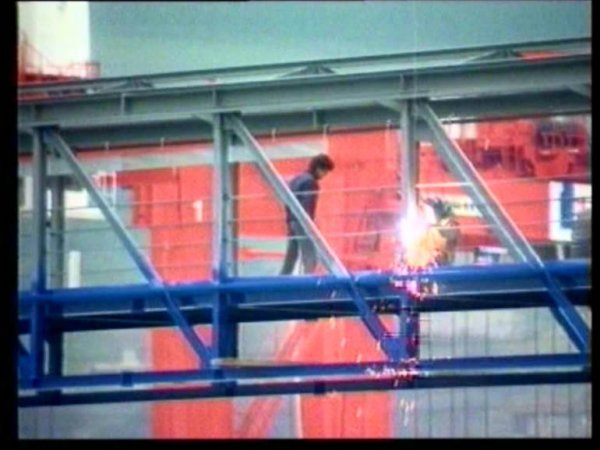 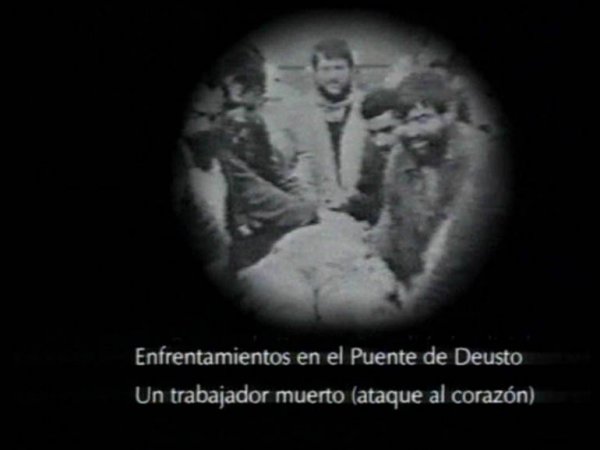 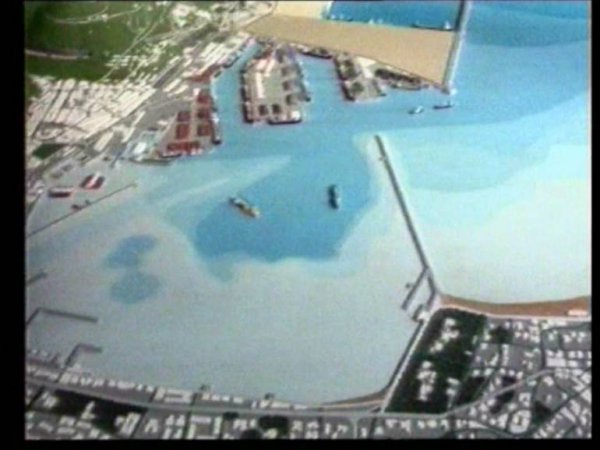