Luis Claramunt's artistic work was strongly influenced by his life story. Born into a liberal, cultured family, he chose to break away from that environment and embark on a nomadic life. After living in the working class area around Barcelona's Plaça Reial, where he was a familiar figure in the seventies, he settled in Madrid and Seville, making frequent trips to Marrakech. A passionate reader of adventure stories by authors such as Joseph Conrad and Henry de Monfreid, Claramunt lived much of his life in contact with the life of the streets. As his partner, the artist Teresa Lanceta has written: "From the beginning of the 1970s until the mid-eighties, Luis Claramunt lived in Barcelona's Barri Xino.
He was drawn there by many things about the neighbourhood, where the night bubbled and you could hear good Flamenco, and you lived on the margins and at the limit. People passed through the darkness in search of vivid colours and sharp odours. There was fun and fiesta, but also despair, injustice and abandonment." (Teresa Lanceta: "Lived Cities", Luis Claramunt. El viatge vertical. Barcelona: MACBA, 2012, p. 101 [exh. cat.

Luis Claramunt produced an extensive body of paintings, but his oeuvre also includes numerous photographs, drawings and self-published books. He is amply represented in the MACBA Collection with a significant number of works originating from the Salvador Riera collection. They include early paintings such as his portraits of anonymous people on the streets, and works such as El ventorro de la alegría (The Tavern of Joy), 1971, and Escena al carrer (Street Scene),1976, as well as others dating from the eighties such as El carbonillero (The Charcoal Burner), 1984, Guitarra (Guitar), 1984, and El temporal (The Storm), 1984. He often returned to the same scenes, with figures from the world of bullfighting, the Souk in Marrakech, charcoal burners, markets, city streets, bridges, poor areas and numerous anonymous portraits. Many of the scenes he painted were inspired by his love of reading adventure stories, with solitary characters adrift on boats, hangings, flick knives, maps, storms and smugglers. Claramunt found his own language in the composition of the canvas, rather than in his use of colour. His favourite painters always included Goya and Isidre Nonell.

While his early paintings featured bright colours and densely textured surfaces, his palette became more sober in the eighties. Lines, shadows and black marks on white replaced colour, and the paintings broke free from images, which dissolved to the point that Claramunt’s paintings were almost calligraphic by the nineties. Voyages, cities, unusual characters and discovery were some of the recurring themes of this radically passionate artist who kept his distance from the gestures and influences of his generation. An artist with a sustained commitment to painting, to writing and to life.

Other works by Luis Claramunt 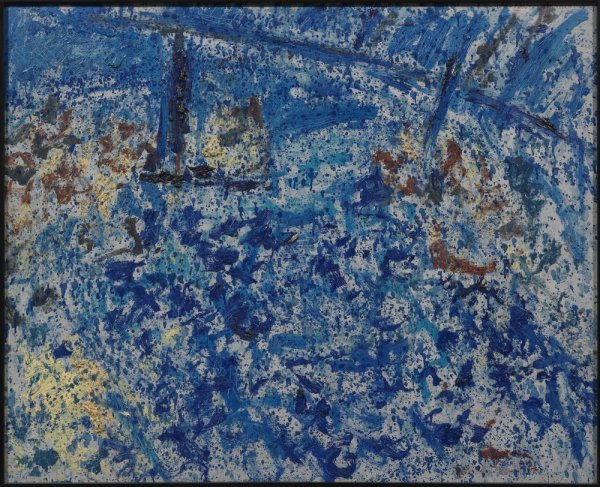 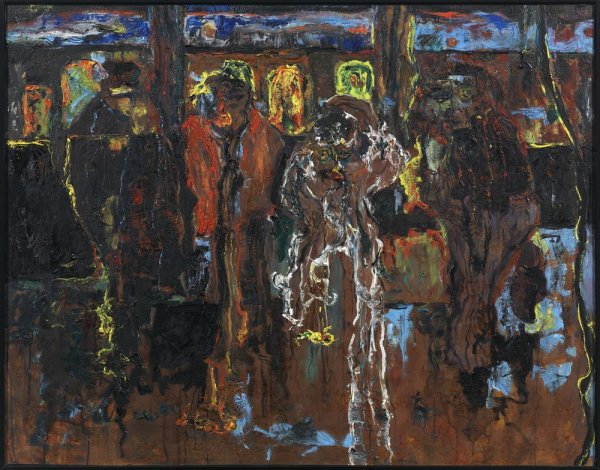