A/O (Caso Céspedes) (A/O [The Céspedes Case]) refers to a Spanish Inquisition document from Toledo that can be found in the National Historical Archive of Madrid. The first page of the record reads: “Céspedes – Elena y Eleno de”. Based on this historical document, Cabello and Carceller have recovered the life story of Elena/o de Céspedes, a person from Granada who lived in the 16th century between Andalusia and Castile. Born an enslaved, mixed-race woman, she lived as a man, was married by the church to a woman and worked as a surgeon

.Having worked together since 1992, Cabello and Carceller have constructed a visual fiction to provide a contemporary approach to the world of this almost unknown historical figure. A present-day protagonist of undefined gender who responds to the name of Alex travels through the gardens and rooms of the Centro Andaluz de Arte Contemporáneo, located in the former Monastery of La Cartuja, where he is supposedly selecting locations for a shoot he must do about Céspedes’ life. But as the action progresses, the character becomes increasingly more introspective and identifies with the historical character. The validity of realities existing today that seemed to be ascribed to the past is thus shown through two stories.

In his gestures and costumes, Alex’s character recalls Thomas, the photographer protagonist of Michelangelo Antonioni’s legendary film Blow Up (1966), which was also an adaptation of Julio Cortázar’s short story Las babas del diablo, in which he reflects on the act of looking and photographing. As the artists explain in the text accompany the work: “The project suggests different readings about transgender and queer questions in contemporary societies; it also opens a space for reflection about the role that slavery and race have played in the construction of the Spanish identity during its colonial period, pointing at their absence from the space of representation, and offering some clues to explore the modes of construction of our imaginaries.”

Other works by Cabello/Carceller (grup d'artistes) 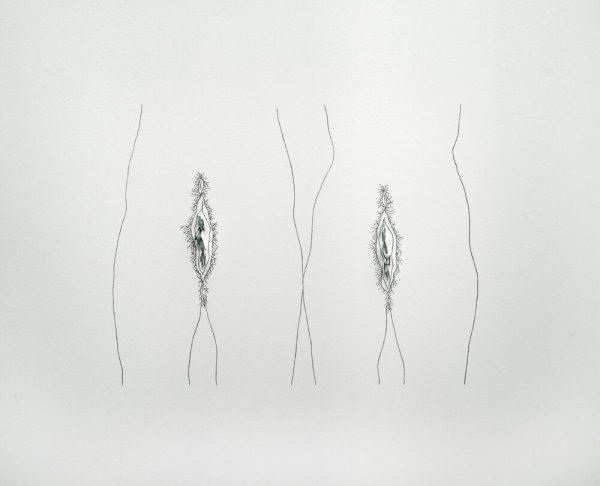 It could be my bedroom (or something similar to it). Even the same technical characteristics: all the walls and volumes constructed in this module of raw canvas for painters to measure me and measure ourselves.
Pep Agut