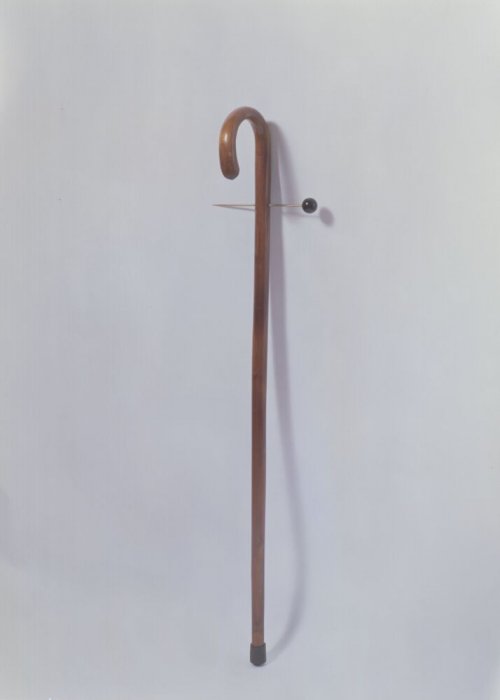 How did the idea of visual poems arise?

It began in 1951 with an exhibition of Dau al Set at the Galeria Caralt, which included texts of mine. I had three poems that, for want of another name, were called experimental poems because they were built using objects: a hammer, a playing card, an altered nail, etc. I felt the need to try things out, to find a new measure to the poem, just like when in the theatre I needed a third dimension to the plain text of the written poem, beyond the traditional conventions of drama. Adventure has always interested me. When it was essentially literary poetry, I realised that I could spend my life doing odes and sonnets. In my early literary essays I gave great importance to language, the bulk of the language, but I saw that this was just a trick and I had to find a new concept. One day, João Cabral de Melo told me he appreciated my poetry, full of images and brilliant, but that it was like an eye that sees but doesn’t look. Thus began what I call essentialist poetry, for lack of a better name.

Joan Brossa
Poema visual per a la Residència d�??Investigadors
1998
See all works by this artist →
Gold does not take on any dirt. And gold, just are diamonds, is an exalted material. It possesses such a degree of abstraction that it encounters you –if you use it artistically– on an already exalted level.
James Lee Byars