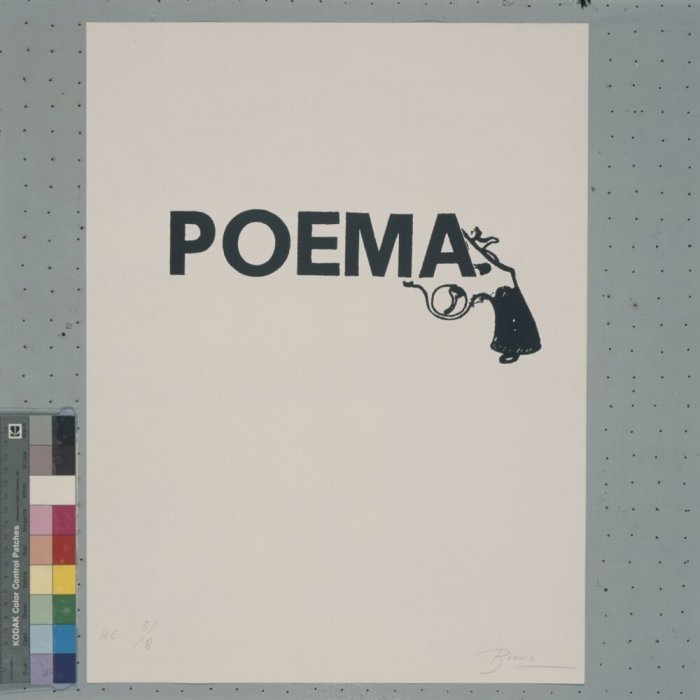 THE DANCE OF ANSWERS

Exchanging glances I entrust the forest
with the foam of the wit that comforts me;
from time to time I go round a kiosk

and use a poem as a pistol
of ideas against the bluster and blunder of the law;
but people are still alone.

Wild gestures ruin the speeches
that cities, like clowns, with their lips
in smoke, plaster on the walls.

Anxiety clings like rage
– a kick in the head or below the belt –
when you see a slave not wanting to leave the cage.

Someone exalts Sundays with a damask
that hides pride and indecency from the poor,
equally marvelling the ass and the ace.

The course of science is asleep
and, on the stage, every reason
gets a medal depending on the tendency.

When I write I don’t want to provoke anything. I have certain needs and my work is coherent. I never think about playing chess with readers or critics. Things come to me from the inside out. Sometimes going down the street I see a falling leaf and that suggests an idea to me. Sometimes, in a dream, I find paths that converge. I never set out to do a poem at a given time.

I made the performance poems because I needed to find a third dimension to my poetry. This performance poetry has nothing to do with conventional theatre, drama. There were characters that came on stage, who said a few words combined with colourful curtains falling. Then I saw that these characters could start other things. I was not looking, however, to entertain the audience. My work is not an industry. It has always been the work that has spoken. It is only one step from this performance poetry to visual poetry.

The object poems date from 1943 and were done in parallel to my first visual poems. I called them ‘experimental poetry’ because I didn’t know what else to call them. There was no tradition in our literature. This poetry has much in common with magic.