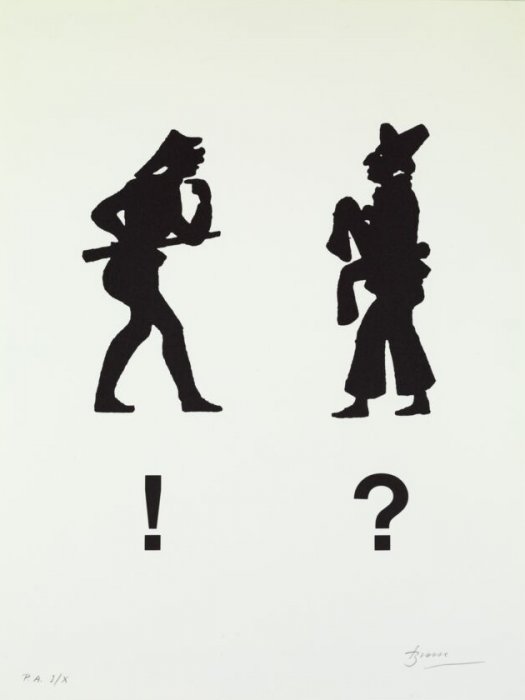 How did you arrive at visual poetry?

I started doing poetry in the classical sense of the literary code and, in fact, I decided to write plays because I was seeking another dimension to plain literature; I thought that the theatre offered me this other dimension. Maybe it was the movement. In poetry, I started working with language a lot; later I noticed the bulk of the wig and knew that if I could remove this wig I’d be able to show the head of the poem. Many people never take this step. All this led me – especially in Em va fer Joan Brossa – to a very expressive poetry, anti-rhetorical, direct, without many adjectives, but with vibrancy – this vibrancy, if you don’t have it, you can’t learn it, you either have it or you don’t. It’s the duende [spirit]. And the duende, Lorca says, is not a thought, it is a power. And from here to visual poetry is another step. Everything has been a process. Moreover, as I’ve had to work in difficult times, I’ve always been interested in publishing, but it’s never been my main objective. I think everything has become coherent, not gratuitous. One thing develops from another until a building is formed. A communion, a contact between different things that fit together.