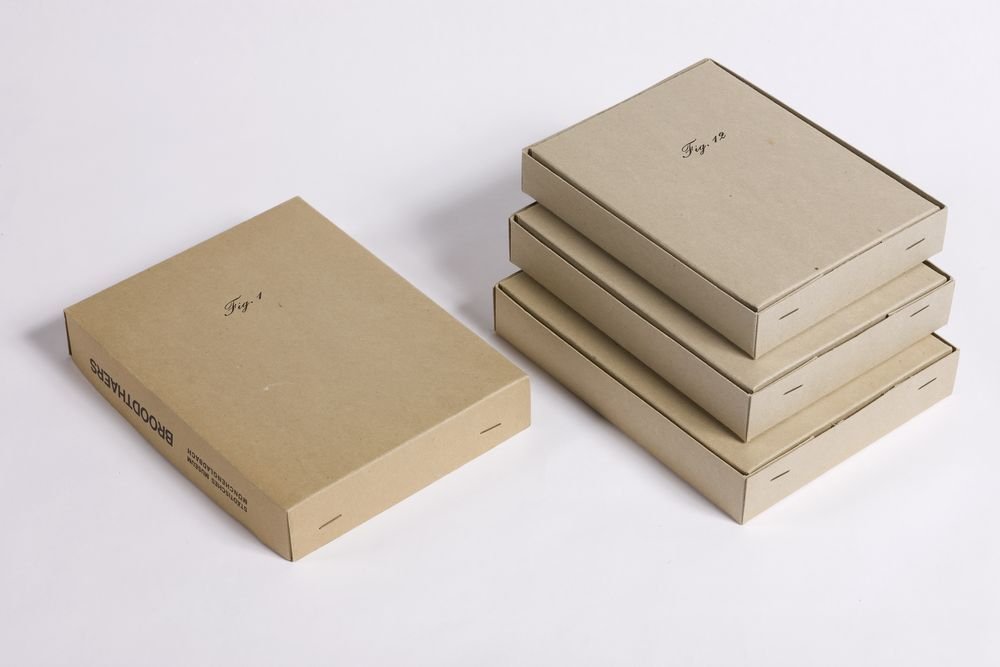 In some works Broodthaers provides an unambiguous foundation on which the viewer is invited to construct an interpretation. Comédie is lettered down the middle "Hotel du Grand Miroir" as if it were the jacket of a book with its title on the spine. An asterisked note points out that in the year 1864 Baudelaire had stayed at the hotel of this name in Brussels (the hotel was threatened with demolition in 1974, the year of the print). The words on the left evoke a night's sleep of Narcissus, who died of love of his own image reflected in a pool. Baudelaire's own prose poem Le miroir published in the same year, 1864, on the other hand, deals with a man so ugly that he should not wish to see himself in a mirror, but the man considers that the principles of 1789 gave him an equal right with all to admire himself. In Broodthaers's print, images are in pairs as it reflected but not reversed, as it the images in Magritte's painting (La Reproduction interdite) which is itself reproduced. Another image seems to represent the making of a print, and yet another Broodthaers's own work of 1974 (Basel), a mirror labelled image. The splendid double print Les Animaux de la ferme seems to point to the industrialization and commercialization of cattle (or food), each animal being captioned as a car; Fiat, Citroen, etc.... But what we are to make of the fact that the male and female of each breed are not allocated to the same marque of car?

Broodthaers did not etch, engrave or work on the lithographer's stone, he produced art-work, drawn, written and spoken instructions and corrections. The print Rébus suggests the character of these. Almost everything was mediated by print technicians in the same way as the writer's and typographer's contributions to the productions of a book. But he was certainly no less concerned to make fine prints that any artist who wielded an etching needle. Nearly all his prints have the same beauty as his books; several have titles or phrases in elegant type and printer's decorations picked out in color in the way one associates with traditional fine books. They can be made invitingly collectable in other way than by fine art post-cards in color or black and white of Musée-museum. By borrowing a device from commerce, they illuminate the traditions of fine art. As in his other works, Broodthaers redistributes the definitions or concepts of mediums, subject and object. The effect of this is that he asserts his personal and artistic independence while participating in an activity that is generally determined by the market and by convention. It also represents the liberation of objects and of human pleasure in objects from imposed categorization. The inclusion of the museum post cards in his own fine prints (drawn by an architect) Musée-museum is such a case. Others include the strip of real film with frames numbered by hand (nothing printed) in M.B. 24 Images/seconde and the fiction of a film in Ein Eisenbahnuberfall, as well as the presentation of unfolded sheets of book printing as art prints, Tractatus logico-catalogicus (in negative) and Atlas. Le Corbeau et le Renard (which comprises a can on film and a prepared screen) is offered as an "edition" but is a condensed version of a "book" which had also an exhibition. Conversely, all but one copy of the print Paysage d'automne were assembled together as an object, just as his own poems had been in Pense-Bête 1964 and the whole imprint of a "catalogue raisonné" had been in 1971. 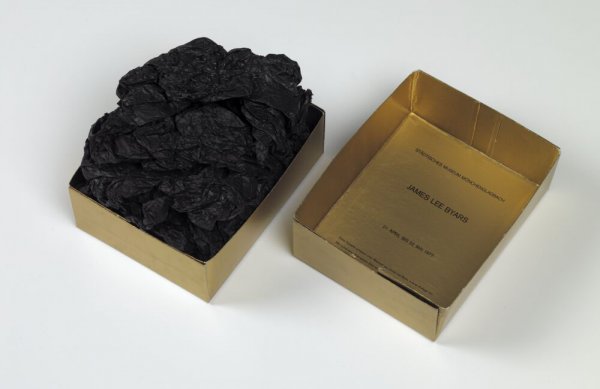 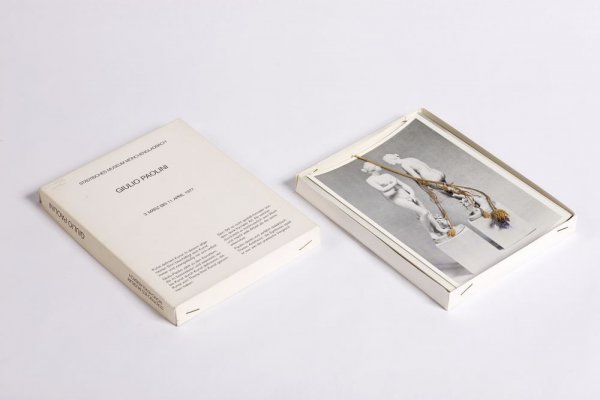 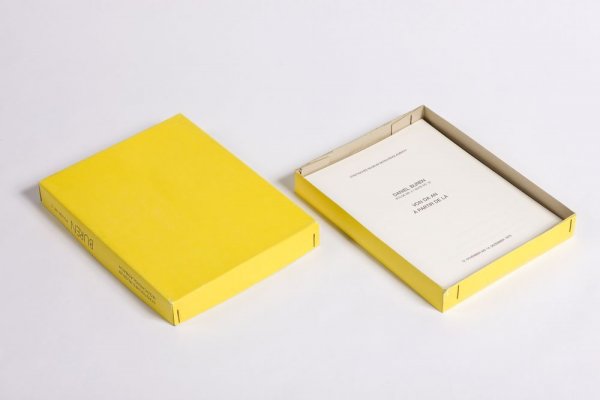 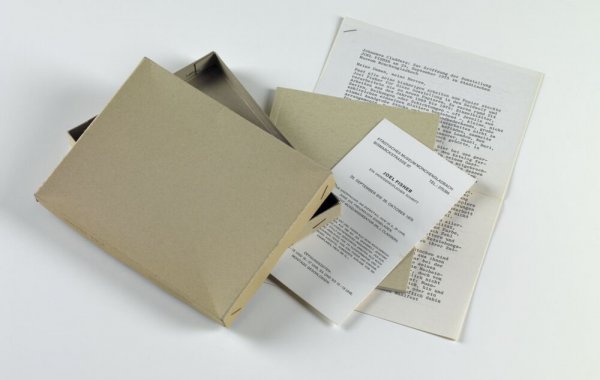 Marcel Broodthaers
Garniture symbolique
1975
See all works by this artist →