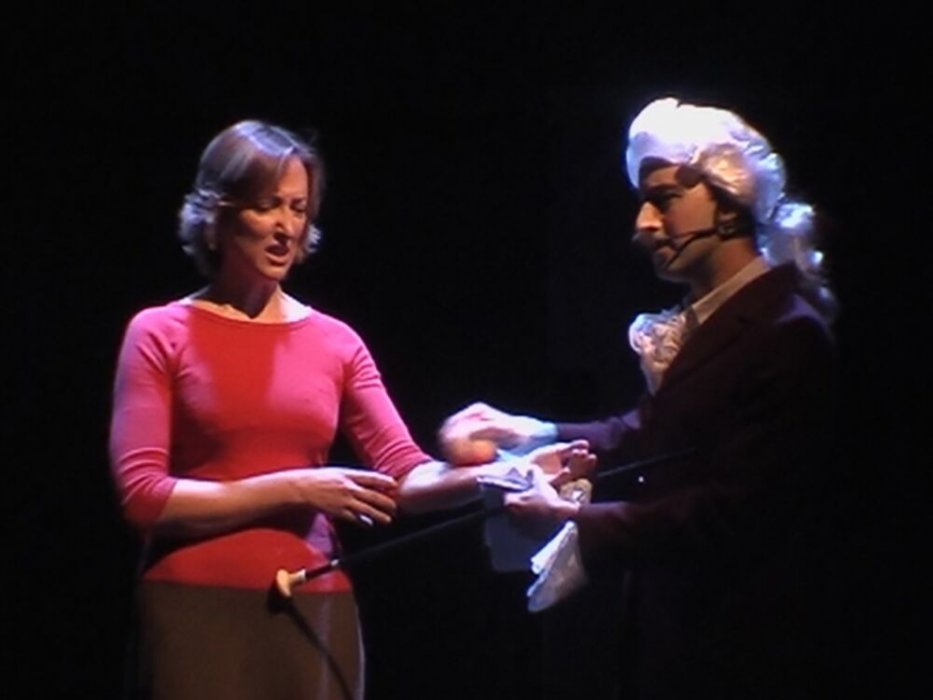 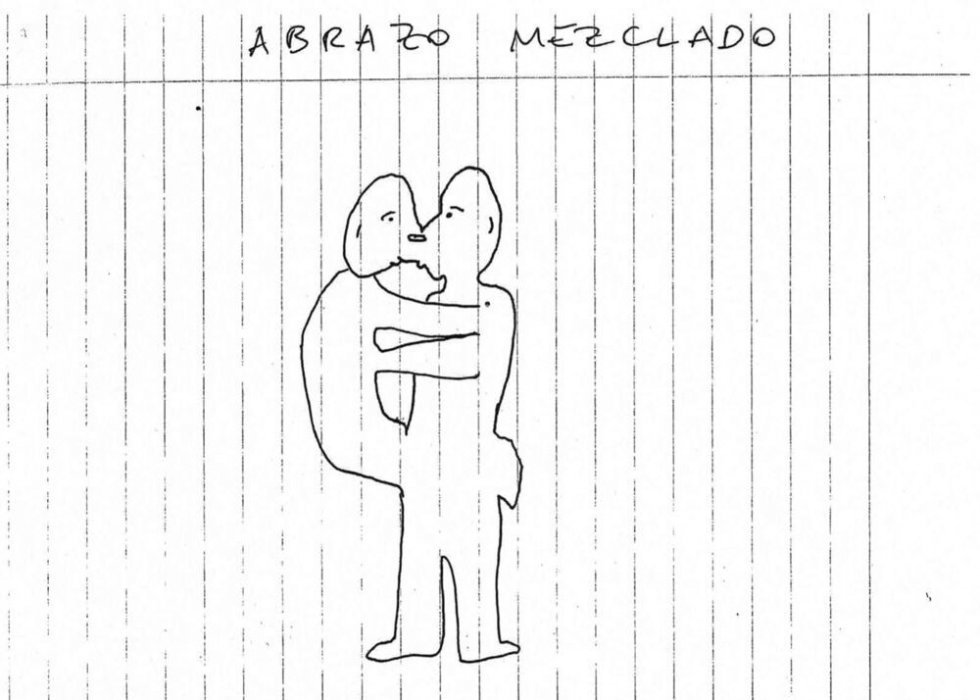 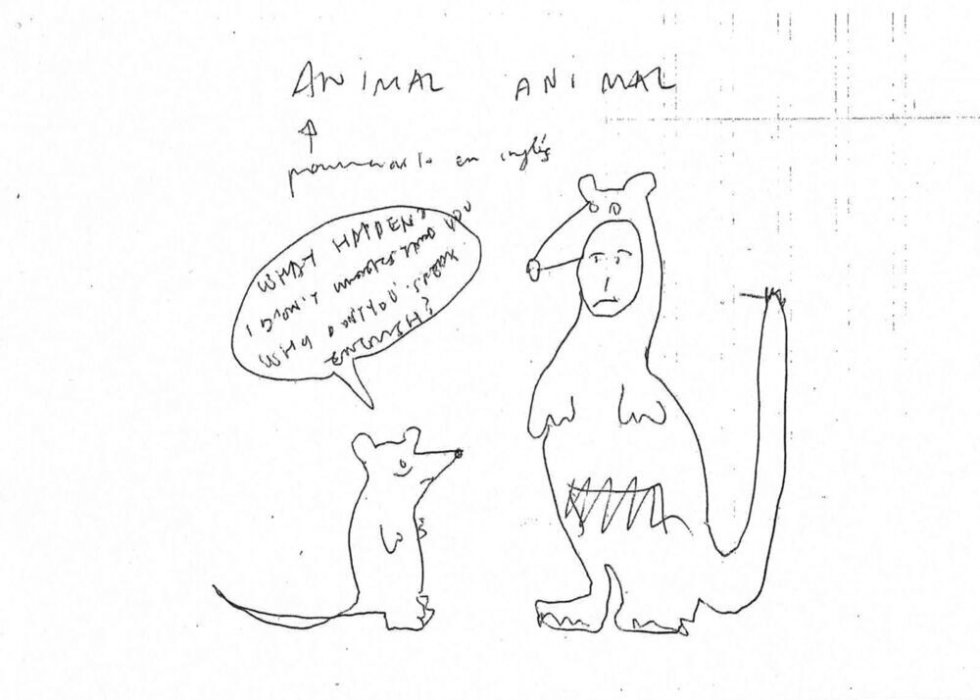 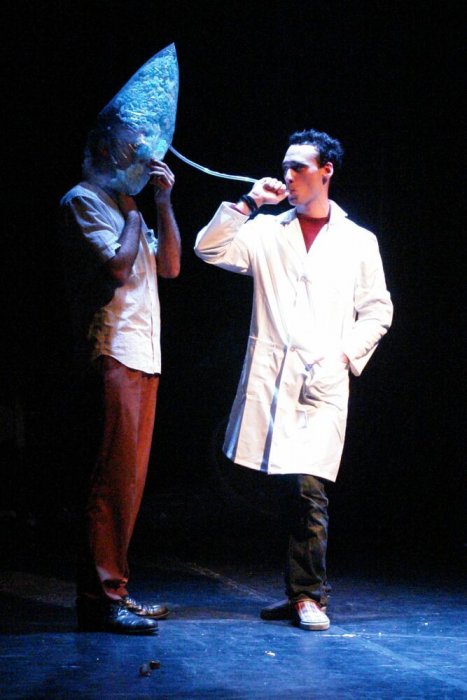 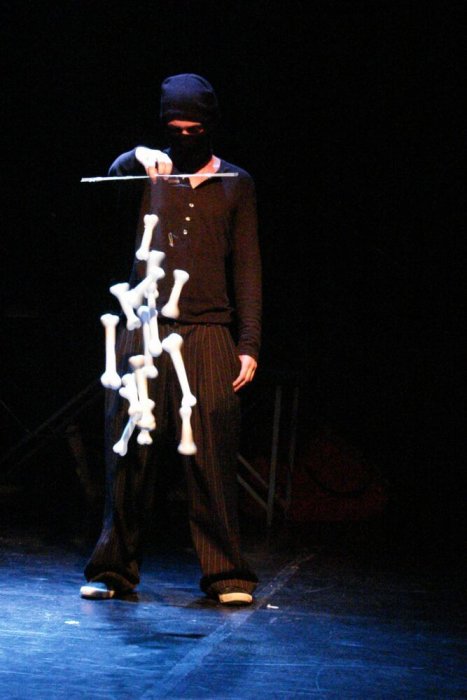 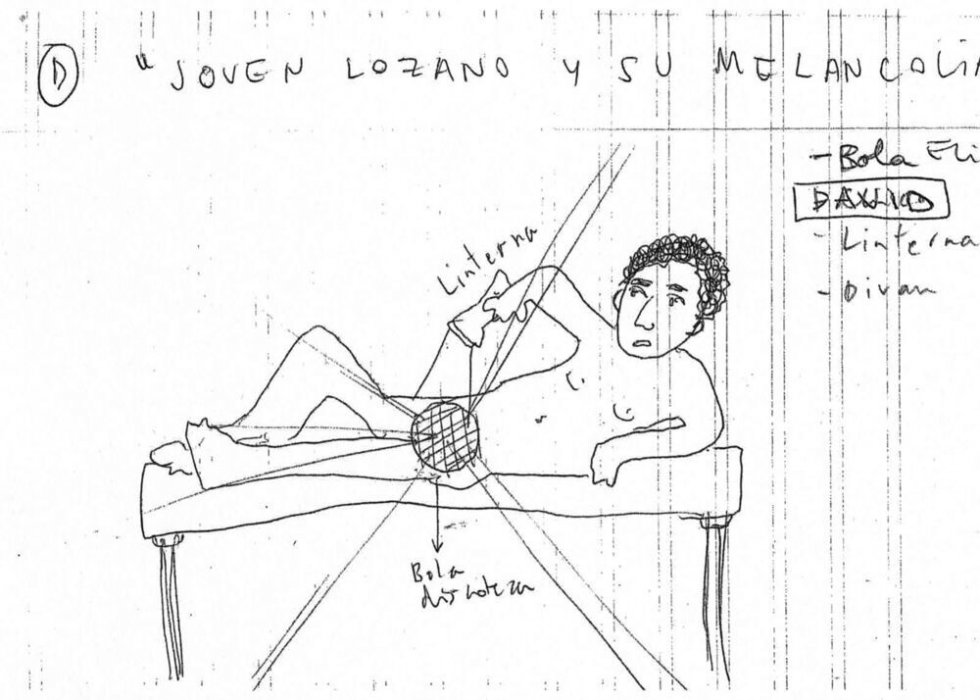 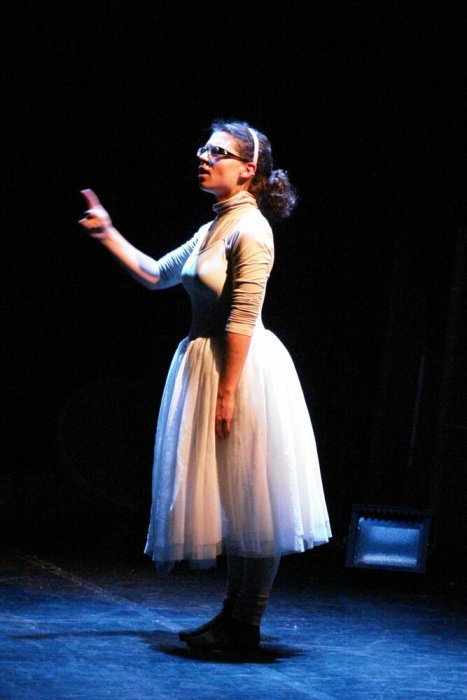 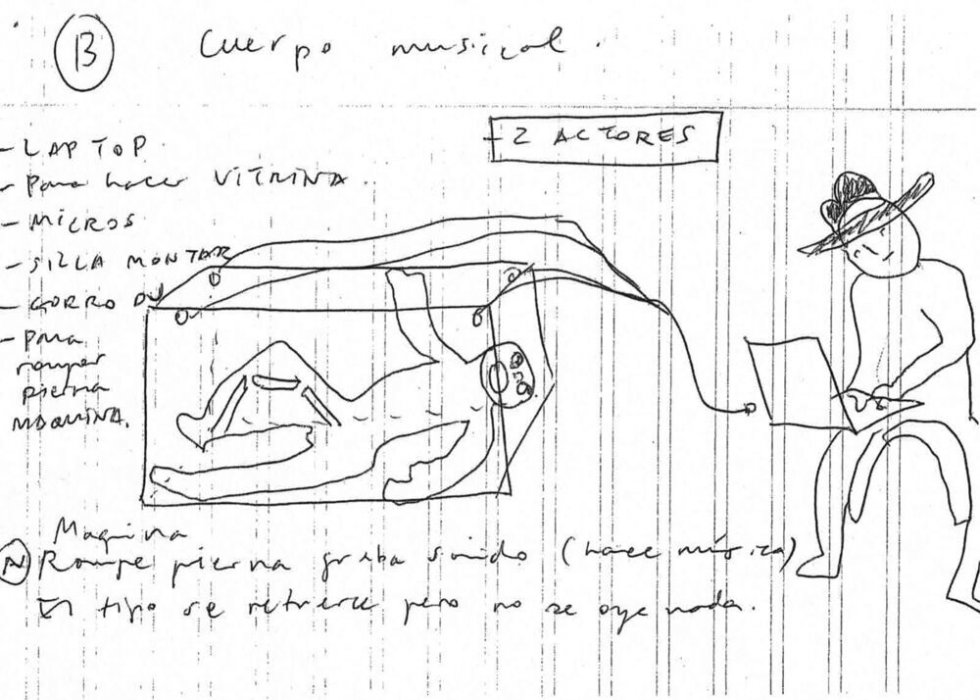 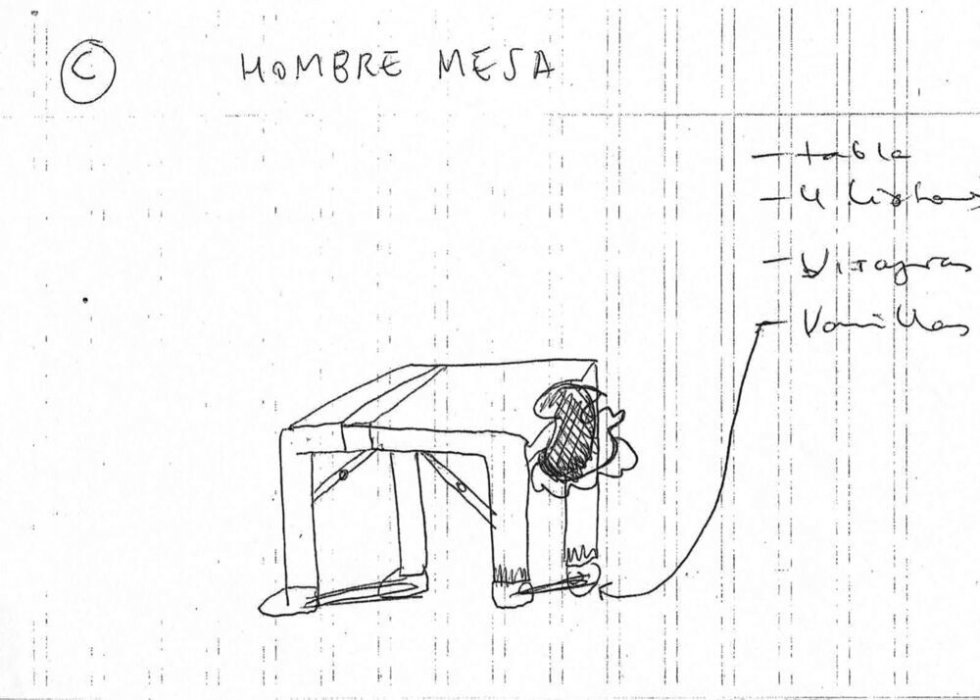 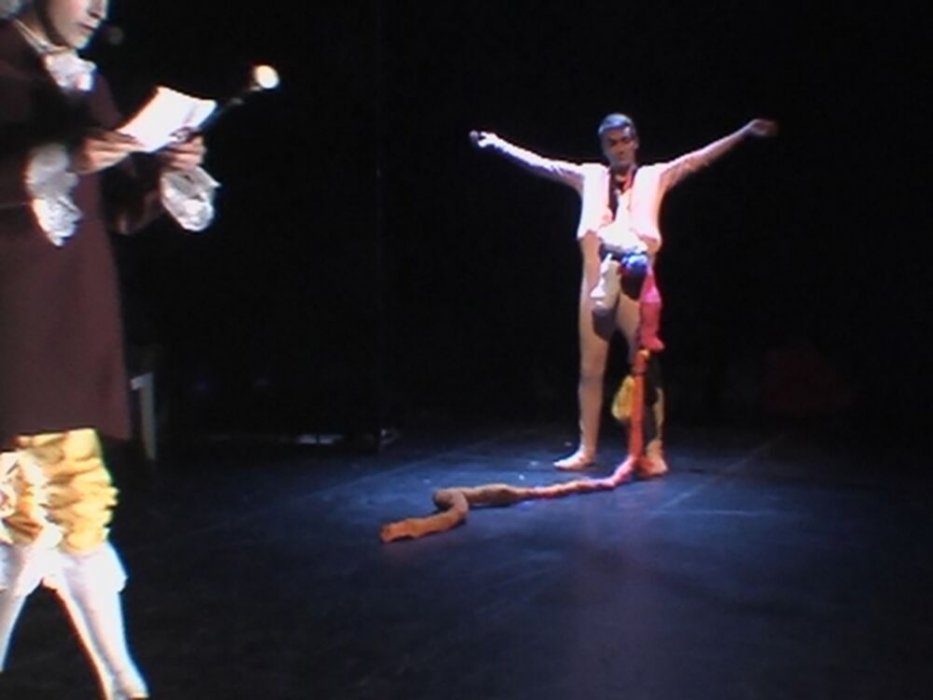 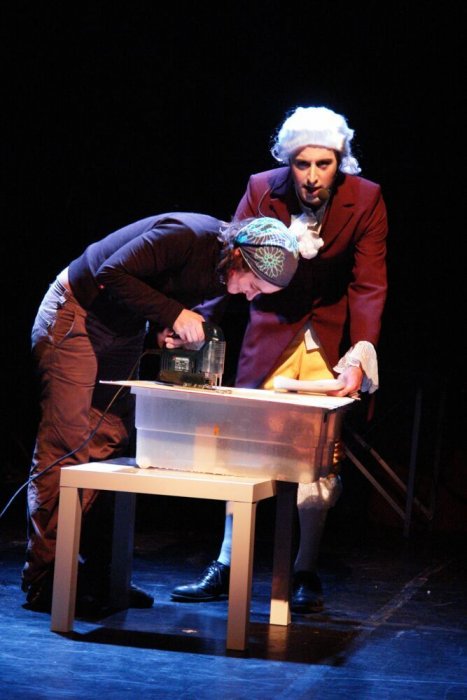 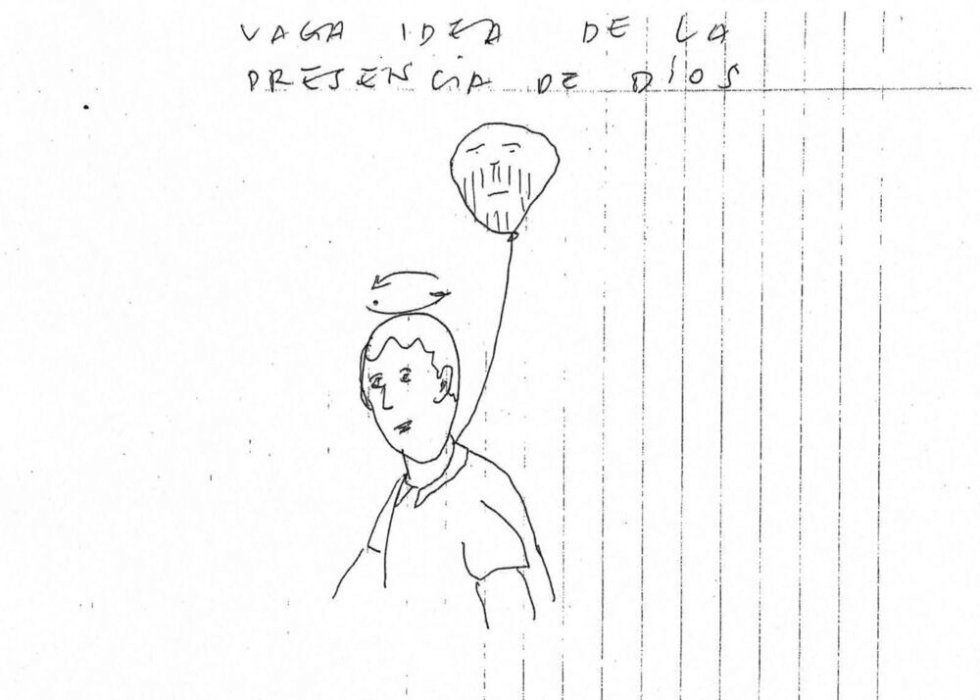 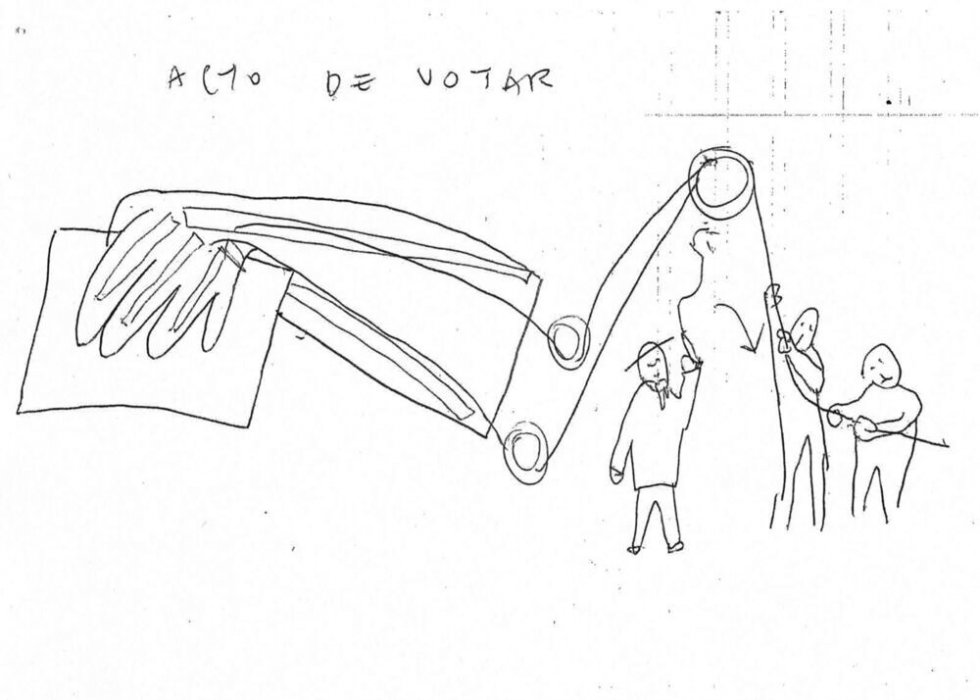 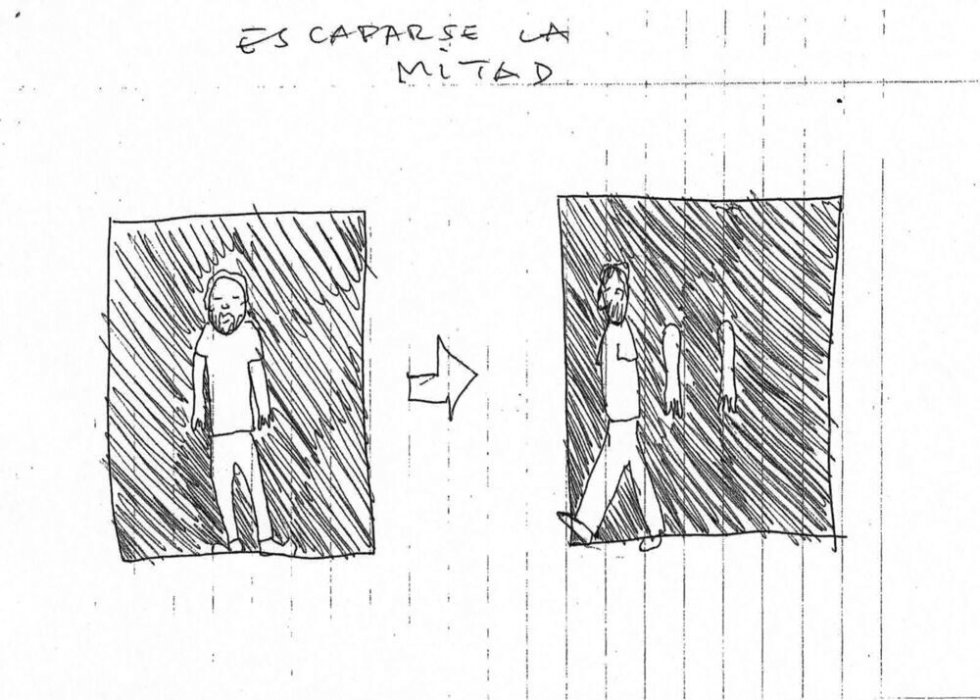 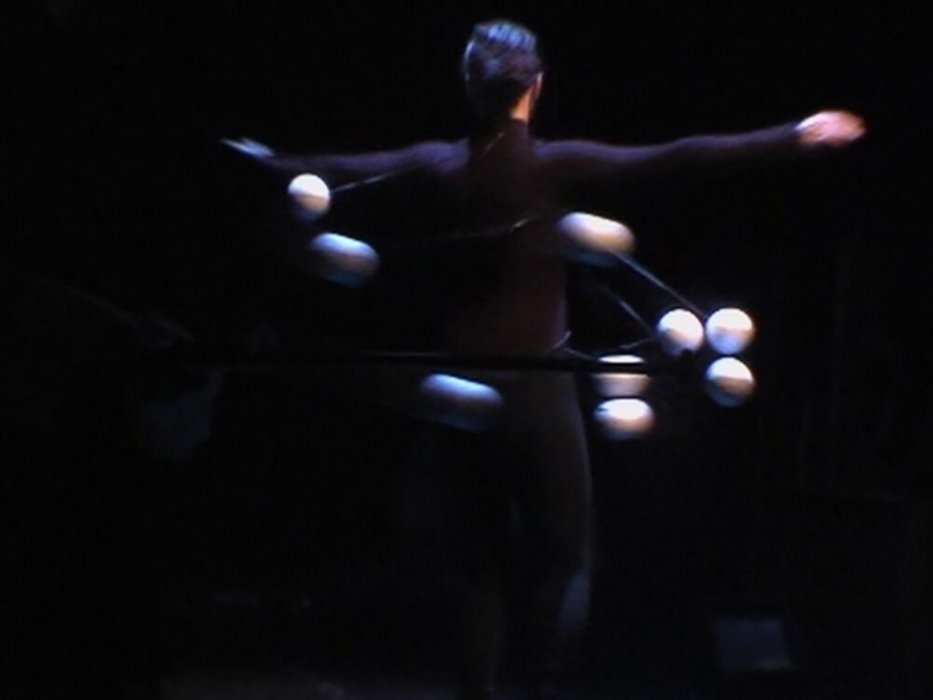 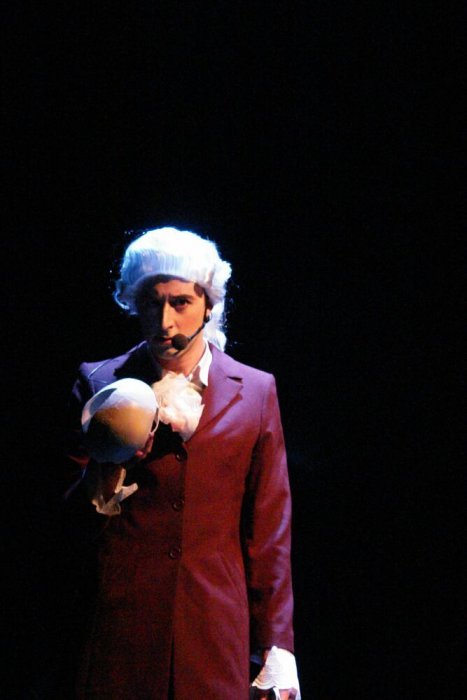 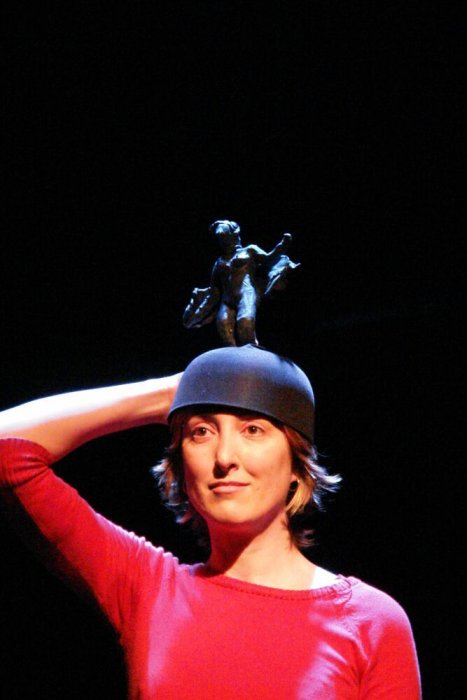 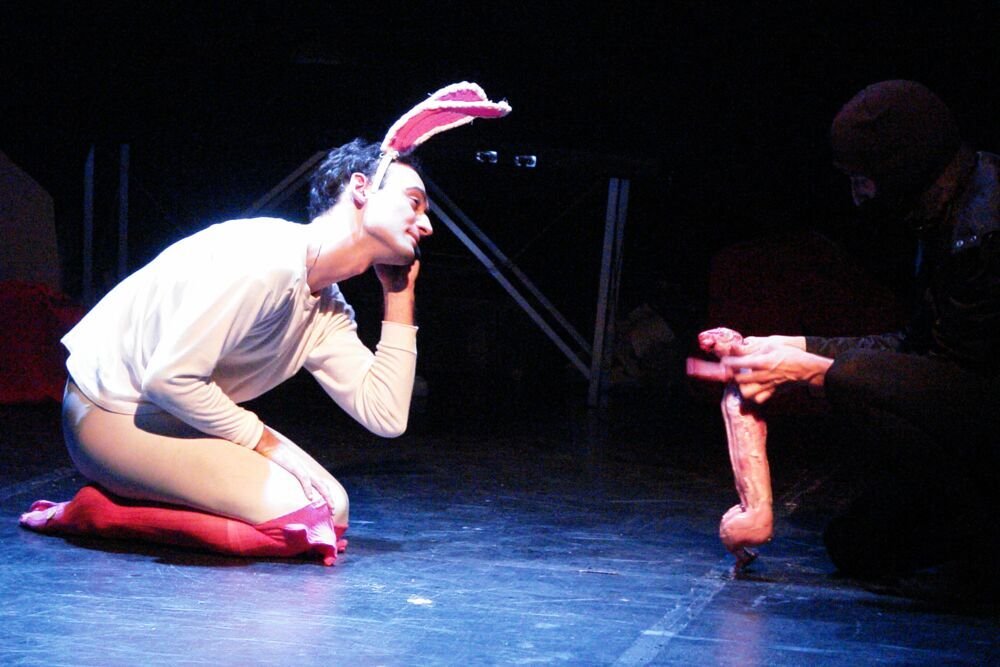 From 2002 to 2012, David Bestué and Marc Vives jointly produced actions that were close to the spirit of Dada and its provocative and satirical logic. In performative scenes, apparently trivial but with a great sense of humour, the Actions series (2002–08) is composed of four episodes, including Actions on the Body, recorded on 25 October 2007 at the Sala Mirador, Madrid. With a playful and irreverent language, the successive scenes and sets hint at key figures of the modern movement, such as Piero Manzoni, Gordon Matta-Clark, Marcel Duchamp, Lygia Clark and Santiago Calatrava. These are iconic actions featuring arms with sleigh bells, planets dancing around a female body and a man being cut in half.

‘After working on Accions a Casa (Actions at Home), we became interested in focusing on the body, on its limits and its potential for addressing aspects from very different fields. Just at that time, in 2006, the group Los 29 enchufes (The 29 Plugs) and El invernadero cultural (The Cultural Hothouse) asked us to do something in Madrid over the course of one night. What we did and where we did it was up to us to decide. On receiving this invitation, we decided that the format for this episode, Accions al cos (Actions on the Body), should be a theatrical piece in which the actions were performed live on an empty stage, giving absolute priority to the body as the agent for activating the different ideas. We decided to create the figure of the narrator to present the actions and articulate a certain discourse. Finally, we made things pretty difficult for ourselves by working with another four actors in an hour-long show. The performance required the public to participate in the craziness we were proposing and be willing to accept that we could make mistakes. We performed 60 actions in 60 minutes, exploring conceptions of the corporal in relation to the technological, architectural, symbolic and performative, in actions such as Home-taula (Man-Table), Antología portàtil de Calatrava (Calatrava’s Portable Anthology), Línia de desig unidireccional (One-way Line of Desire), Gòtic-gòtic (Gothic-Gothic), etc (…) We began with vaudeville, moved on to cyberpunk and ended with the art of performance, the happening. In the show, we sought inspiration in the material of Matthew Barney and Sterlac, for example, and included subtle, ironic references to Calatrava’s anthropomorphic buildings and the texts of Michel Foucault and others.’

Other works by Bestué - Vives 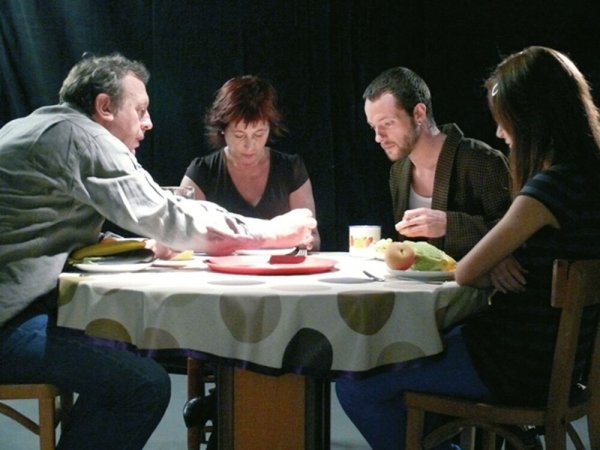