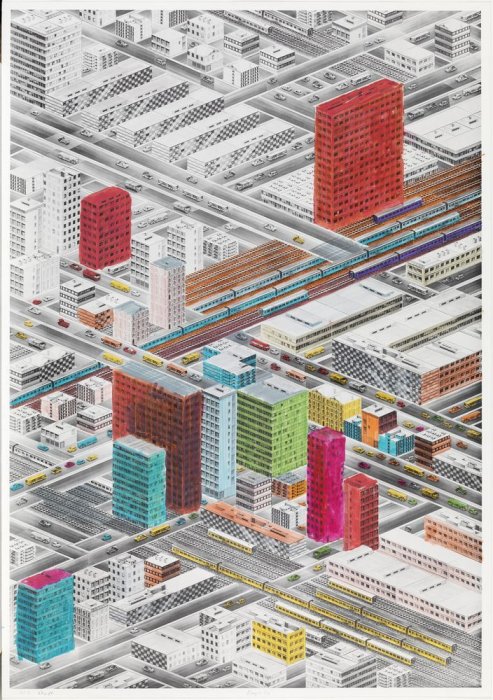 Thomas Bayrle worked in a textile factory from 1956 to 1958, an experience – the large machines running for eight hours a day and the alienation of the workers – that marked him deeply and became a metaphor in his work. Although formally he has remained faithful to the aesthetics of Pop, his works are centred on the contemporary debates on globalisation, mechanisation and consumerism.

Bayrle borrows elements from mass consumer culture (razor blades, cleaning products, cars, buildings and motorways) and reproduces them on a minute scale. In some cases the ensemble draws the original object on a gigantic scale; in others, it generates a symbol or an icon with a deeply charged meaning; and in others still, it forms a surprising word or image. With his mosaics of minute elements, Bayrle constructs psychedelic, hyperrealist and hallucinatory maps imbued with a clear critical intention. His visual displays, grotesquely repetitive but always ironic, evoke cities and the perspectives found in the drawings of Giovanni Battista Piranesi.

Worthy of note is the way the artist relates communism to mass culture. Since 1966, when Bayrle saw for the first time photographs of China and became fascinated by magazines filled with images of brightly saturated colours, China has played an important role in his work. The artist has used numerous references to Mao Zedong and the great communist parades and compared them to the masses that throng Western shopping centres. In his work, marketing and Maoism are two sides of the same logic.

A significant part of Bayrle’s works is centred round the city. Stadt (City), 1976 and 1977, is a collage made of urban elements: trains, cars, houses, buildings and skyscrapers. The composition becomes a maquette of motorways and urban roads that crisscross each other like a living organism. The works project the idea of ‘wonderfully monotonous cities’, as Bayrle himself explains, where the actions of individuals amount to a mere ‘micro-democracy’.

Other works by Thomas Bayrle 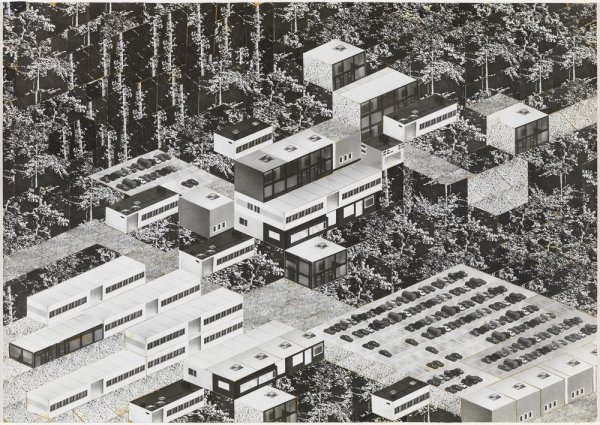 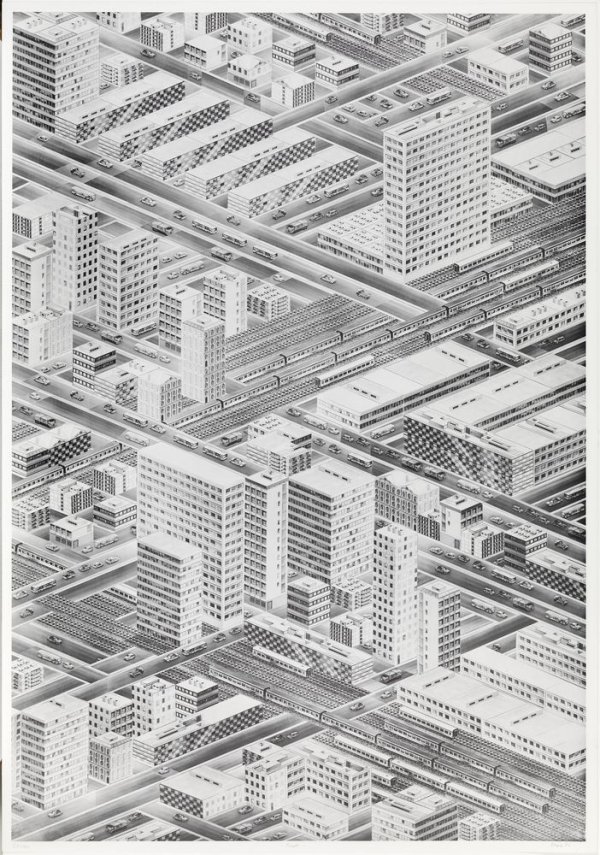 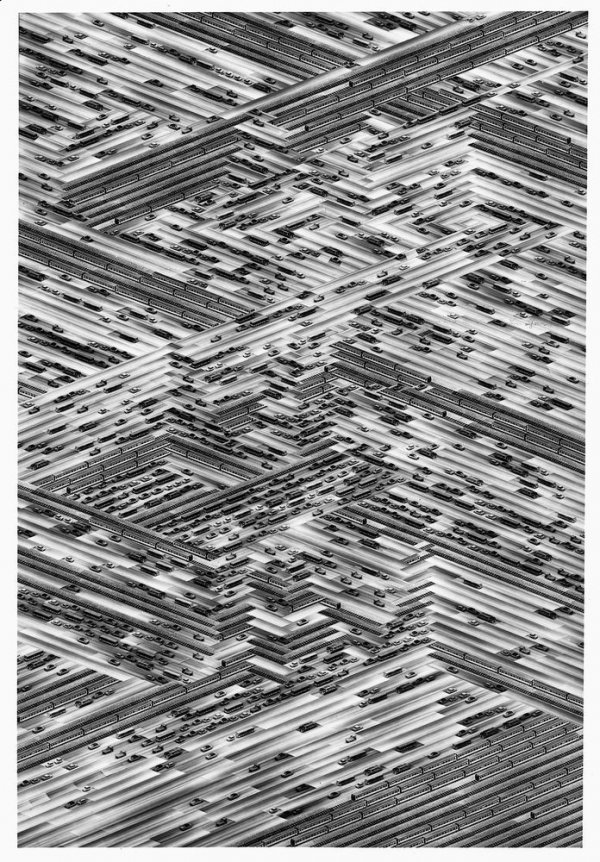 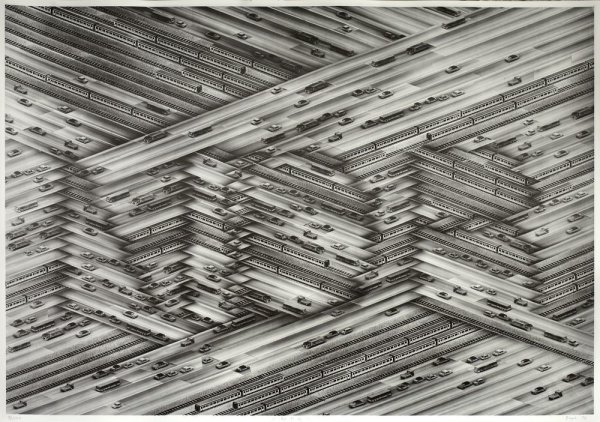