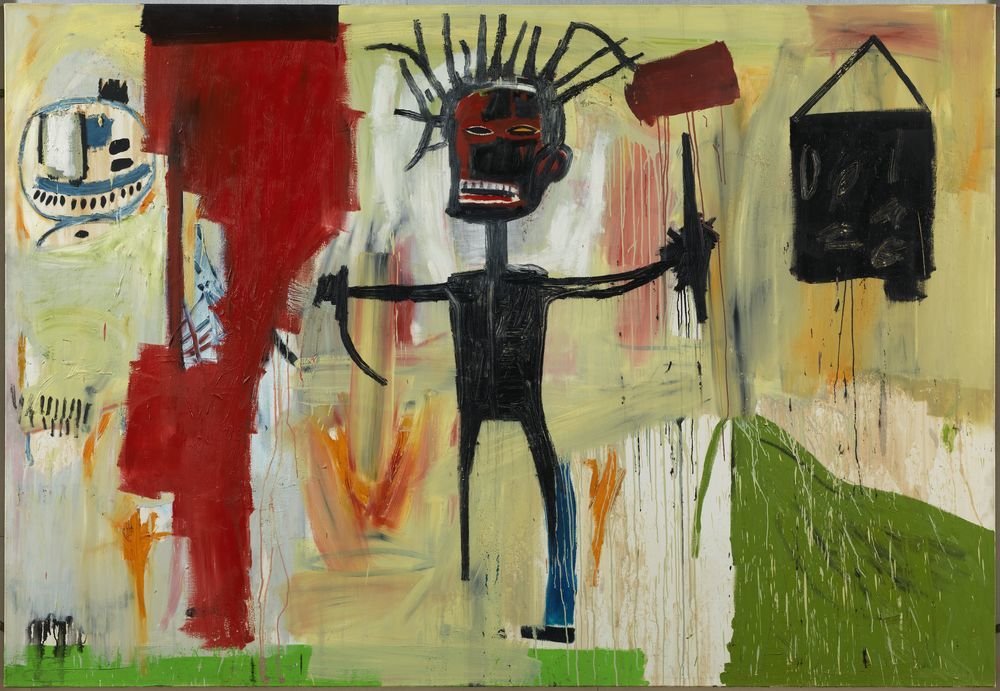 The self-portrait is recurrent in Basquiat’s work, such as this painting of 1986 that projects a fragmented and multiple reality. The figure in the centre of the canvas, with a head that is oversized compared to the rest of the body, evokes children’s drawings. The drips of paint, the spontaneity of the brushstrokes and their multiple directionality refer, in a very direct way, to the process of the artist moving through the illusory space of the canvas. This painting recalls the artist’s first works, when he began in New York in the seventies signing with Al Diaz as SAMO © (Same Old Shit), while at the same time alluding to his Haitian and Puerto Rican inheritance. It also references Basquiat’s knowledge of avant-garde artists such as Pablo Picasso. From a pictorial point of view, it is richer and denser than most of the artist’s works, with a sharp contrast between the soft and pastel tones of the background and the aggressiveness of the figure, with its forceful darkness, electrified hair, bared teeth and open arms.

In his work, Basquiat often referred to the music and musicians he admired, as in King Zulu (1986), a painting featuring three great American jazz trumpeters: Bix Beiderbecke (1903–1931), Bunk Johnson (1879–1949) and Howard McGhee (1918–1987). The canvas also shows a central face inspired by Louis Armstrong (1901–1971), characterised as the King of the Zulus at the New Orleans Carnival Parade in 1949. Armstrong, also a trumpet player, explained his participation in this parade: ‘The Zulu Social Aid and Pleasure Club was situated in the neighbourhood that I was reared… And no place that I’ve ever been could remove the thought… that, someday, I will be the King of the Zulus… I won it in 1949... Wow.’ Basquiat places his King Zulu at the centre of the canvas, while the musicians are submerged in a blue space that evokes the lyrical sound of the blues. 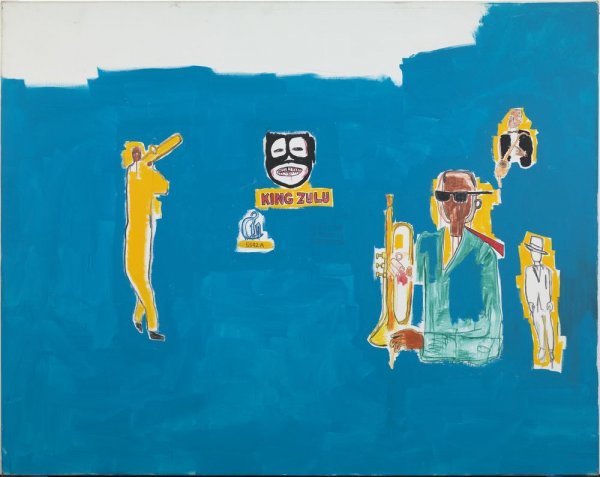 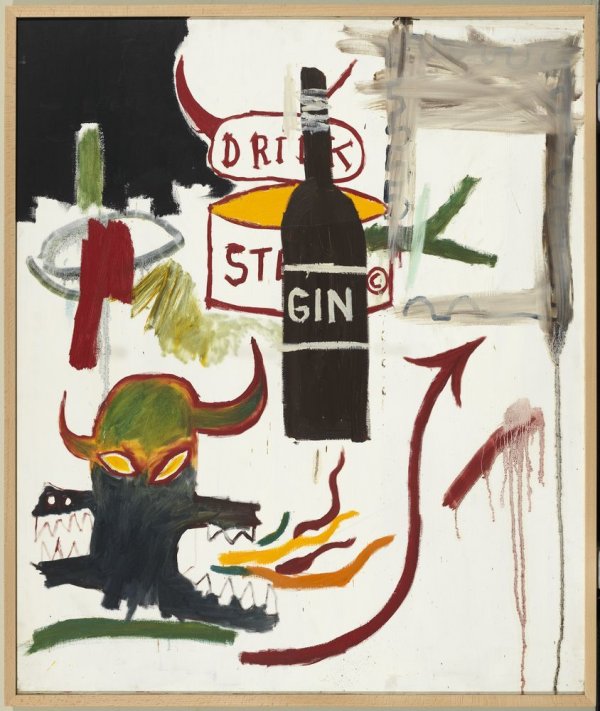 Jean-Michel Basquiat
Sterno
1985
See all works by this artist →