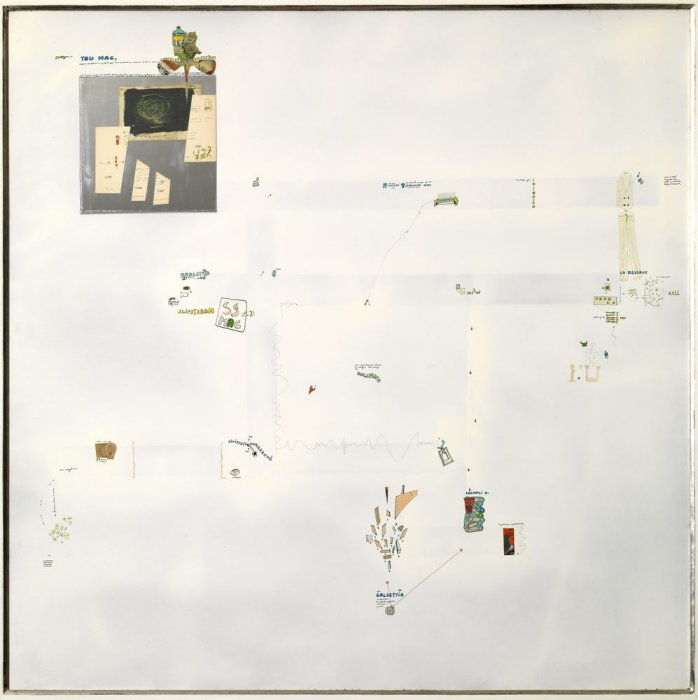 Influenced by Pop art and the new European Realism, in 1962 Gianfranco Baruchello began his paintings of constellations of images on large white surfaces. His friend Marcel Duchamp said he was a painter ‘whom I like very much. He does big white paintings, with little tiny things you have to look at very close up.’

Baruchello found a particular aesthetic form in his habit of accumulating huge quantities of data and elements from such diverse sources as advertising and popular culture, as well as philosophical and scientific treaties. He takes on board, as Pop art did, the constant ‘noise’ of images in mass culture. Reality, on the other hand, is reduced to a minute format and shown in a new dimension, as Dada and Surrealism had done before him.

Faced with the impossibility of digesting the overload of information in the mass culture of the fifties and sixties, Baruchello constructed a series of microscopic universes with innumerable fragments of images circulating in a de-centralised, non-hierarchical space, a non-Euclidean space. There he unfolds his own particular myths, artistic, literary and political: love, women, home, friends, gardens, Duchamp, Lacan, psychic automatisms, human anatomy, eroticism, sex… And all of it camouflaged behind a narrative and sequences of repetitive images. In the style of a comic, he exposes the contradictions of the capitalist economy and addresses political and historical tragedies. Characters from politics and history become the protagonists of his epic tales.

In an interview with Tommaso Trini from 1975, the artist explains: ‘I’m forced to use fragments of things. Why do I do paintings with minute images? Because in them you can find more. […] For me, two words can become 22,000 when you address a fragment of such a complex thing as reality.’ And he added: ‘Images are never accidental.’

Other works by Gianfranco Baruchello 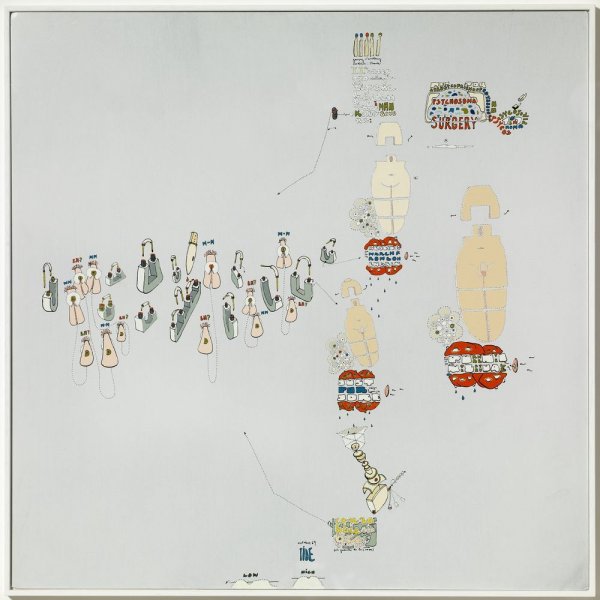 Gianfranco Baruchello
A Trusted Friend of Odysseus
1969
See all works by this artist →
To reconstruct the disorder of a possible city. To use the model, not as an element in a project, but as the representation of something that already exists.
Jordi Colomer