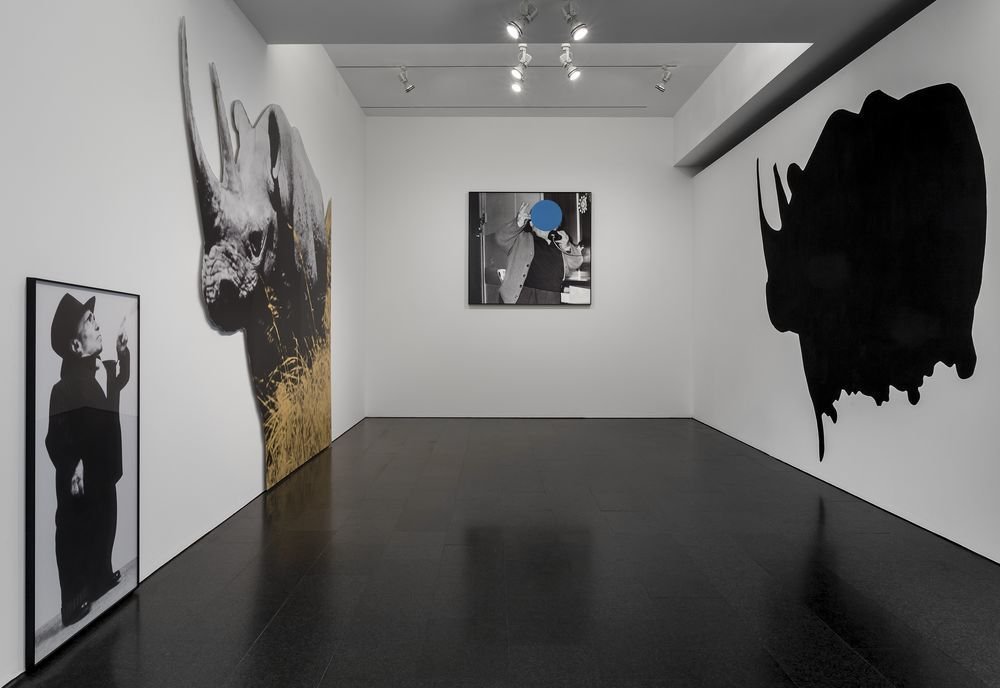 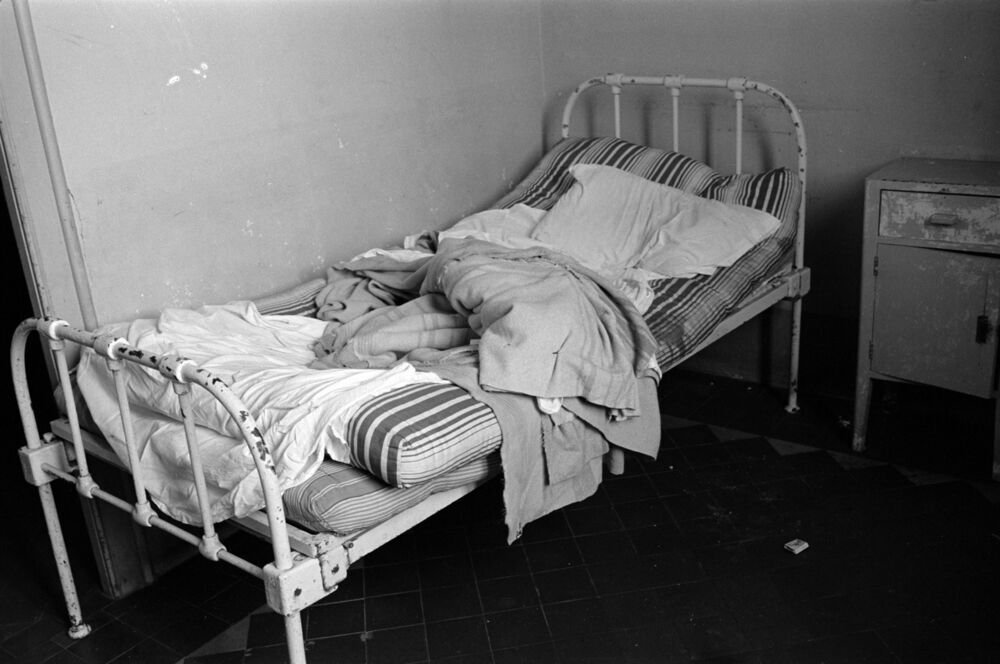 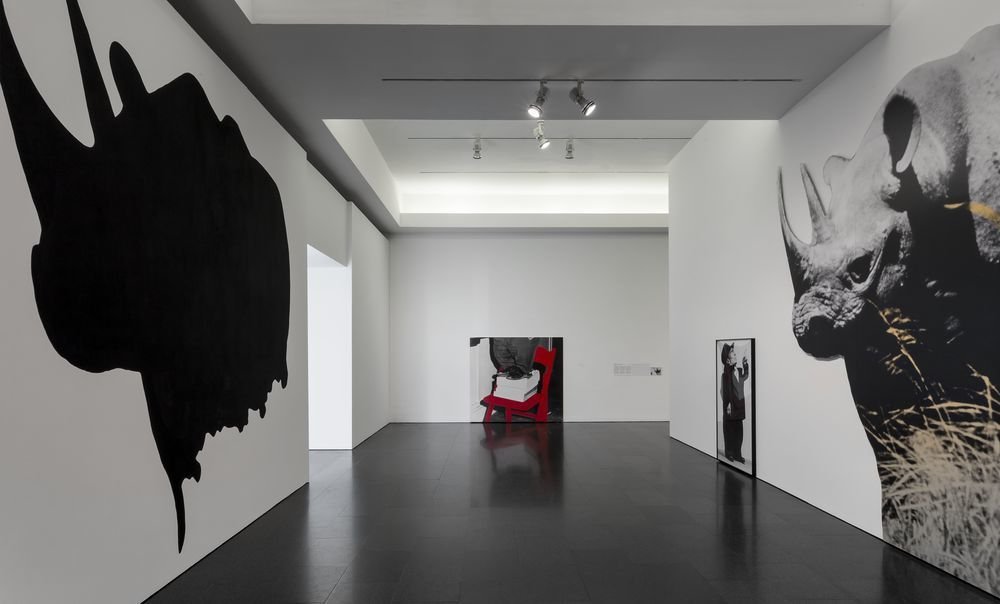 Since 1970, when John Baldessari burned all his paintings to date (a symbolic act marking the beginning of his new Conceptual stage charged with humour), one of the recurring themes has been the animal world, which he often puts into dialogue with humanity. This line of work has led to installations such as Dwarf and Rhinoceros (With Large Black Shape), produced in 1989 and installed anew in 2013 for the exhibition John Baldessari. Installation Works: 1987–1989 at the Marian Goodman Gallery in New York.

Dwarf and Rhinoceros (With Large Black Shape) is composed of different life-sized photographs of a rhinoceros and a short figure. On one of the walls hangs the image of a grey rhino standing in dried grass. To the left is a black and white photo of short figure dressed in jacket and hat and apparently talking to the animal: he looks at it and points his finger. Part of the irony of the images derives from their size and scale: although portraying an extremely short figure, the photograph is scaled-up to the height of a normal person, who compared to a real rhino would also be a dwarf.

On the facing wall, the black silhouette of a rhino is reproduced. In the lower portion of the image, the grass has been omitted. A thin black line follows the top of the wall, in a diagonal floating as if it were a cartoon. The black shape is not exactly the mirror image of the rhino, and certainly not its shadow, but once we have mentally connected the two figures, the tension between them fills the space.

A similar dialogue is observed in another corner of the room. At one extreme, propped against the wall at floor level, is a picture of the legs of a man, also short figure, standing on a pile of books on a chair. While the image is black and white, the chair is picked out in flat red. On the opposite wall, almost touching the ceiling, another picture shows the torso of a man standing on a chair talking on the telephone. The model of phone and the aesthetics of the image place the photograph in the 1940s. As was usual for Baldessari’s works in the eighties, a circle, in this case blue, obscures the man’s face, paradoxically drawing attention to the missing features. There is a slight contradiction between the two images in that the legs standing on the chair face one direction, while the upper body in the second image faces the opposite way. Nor is it clear that it is the same person. Aside from the contents of the image, the size and scale create an architecture that challenges the viewer: the artist turns the syntax between the images into an architectural space.

The presence of the short figure explicitly refers to engravings and paintings by Goya, a painter for whom Baldessari shows a predilection and who often made use of this figure. When, in 1989, the work was exhibited in the Museo Centro de Arte Reina Sofía in Madrid, the very title of the exhibition, Ni por esas, came from an etching from Goya’s series, The Disasters of War.

In the human imagination, animals occupy an oracle-like position, acting as messengers and as a promise of other possible worlds. The animal gaze suggests depth or a bottomless pit that connects directly with humanity’s animal past: that part of mankind that was never tamed.

Other works by John Baldessari