John Baldessari's performance in which he sings each of Sol LeWitt's thirty-five statements on conceptual art to the tune of popular songs.
1. Conceptual artists are mystics rather than rationalists. They leap to conclusions that logic cannot reach.
2. Rational judgements repeat rational judgements.
3. Irrational judgements lead to new experience.
4. Formal art is essentially rational.
5. Irrational thoughts should be followed absolutely and logically.
6. If the artist changes his mind midway through the execution of the piece he compromises the result and repeats past results.
7. The artist's will is secondary to the process he initiates from idea to completion. His wilfulness may only be ego.
8. When words such as painting and sculpture are used, they connote a whole tradition and imply a consequent acceptance of this tradition, thus placing limitations on the artist who would be reluctant to make art that goes beyond the limitations.
9. The concept and idea are different. The former implies a general direction while the latter is the component. Ideas implement the concept.
10. Ideas can be works of art; they are in a chain of development that may eventually find some form. All ideas need not be made physical.
11. Ideas do not necessarily proceed in logical order. They may set one off in unexpected directions, but an idea must necessarily be completed in the mind before the next one is formed.
12. For each work of art that becomes physical there are many variations that do not.
13. A work of art may be understood as a conductor from the artist's mind to the viewer's. But it may never reach the viewer, or it may never leave the artist's mind.
14. The words of one artist to another may induce an idea chain, if they share the same concept.
15. Since no form is intrinsically superior to another, the artist may use any form, from an expression of words (written or spoken) to physical reality, equally.
16. If words are used, and they proceed from ideas about art, then they are art and not literature; numbers are not mathematics.
17. All ideas are art if they are concerned with art and fall within the conventions of art.
18. One usually understands the art of the past by applying the convention of the present, thus misunderstanding the art of the past.
19. The conventions of art are altered by works of art.
20. Successful art changes our understanding of the conventions by altering our perceptions.
21. Perception of ideas leads to new ideas.
22. The artist cannot imagine his art, and cannot perceive it until it is complete.
23. The artist may misperceive (understand it differently from the artist) a work of art but still be set off in his own chain of thought by that misconstrual.
24. Perception is subjective.
25. The artist may not necessarily understand his own art. His perception is neither better nor worse than that of others.
26. An artist may perceive the art of others better than his own.
27. The concept of a work of art may involve the matter of the piece or the process in which it is made.
28. Once the idea of the piece is established in the artist's mind and the final form is decided, the process is carried out blindly. There are many side effects that the artist cannot imagine. These may be used as ideas for new works.
29. The process is mechanical and should not be tampered with. It should run its course.
30. There are many elements involved in a work of art. The most important are the most obvious.
31. If an artist uses the same form in a group of works, and changes the material, one would assume the artist's concept involved the material.
32. Banal ideas cannot be rescued by beautiful execution.
33. It is difficult to bungle a good idea.
34. When an artist learns his craft too well he makes slick art.
35. These sentences comment on art, but are not art.

"In John Baldessari Sings LeWitt (1972), the title, again, gives a straightforward account of the content. Baldessari sings Sol LeWitt's thirty-five "Sentences on Conceptual Art" (1969), forcing LeWitt's text into the melodies of well-known tunes, including "The Star-Spangled Banner." In this case Baldessari splits language from written form, once again embracing a simple didactic structure that is contradicted from within. As he puts it in his hilariously delicate and deadpan introduction, he wants to help these sentences "escape," because they "have been hidden too long in exhibition catalogues," and, through singing them, to help them reach "a much wider audience." John Baldessari Sings LeWitt is shot in grainy black-and-white. The camera never moves. The artist sits in a black metal folding chair in front of a cinder block wall. Everything connotes great seriousness. Right up until Baldessari begins to sing, that is, when two incongruent registers are forced into juxtaposition. Aside from the evident and deliberate absurdity of the exercise, it is worth noting that Baldessari does engage specifically with a couple of LeWitt's directives: that "the artist may use any form, from an expression of words (written or spoken) to physical reality, equally" (although LeWitt doesn't seem to have considered singing), and that "if words are used, and they proceed from ideas about art, then they are art and not literature." Baldessari has broken LeWitt's sentences free from their natural context on the printed page, without in any way altering the text itself (although he does worry about his "phrasing"). Just as he did with the instructional texts transferred to his paintings, Baldessari preserves the clear original text while allowing the new context to render it opaque. The gentle undermining of LeWitt's text reflects Baldessari's doubts about his own (or anyone's) capacity to speak from a position of authority on art. "I used to collect books on how to teach art," he recalled. "I was fascinated by them, and still have a lot of those books. I was intrigued by the idea that you could teach art, because I was rapidly coming to the conclusion that it couldn't be taught." The LeWitt video is thus related to the Teaching a Plant the Alphabet and Inventory videos, also from 1972. In all of these Baldessari takes the presumed authority associated with teaching and makes it playful and absurd. Of course, even as he argued that it was impossible to tell anyone how to create a work of art, Baldessari was also steadily building a reputation as the most influential teacher of art in America. Here too, a productive ambiguity reigns."
Russell Ferguson, "Unreliable narrator," (excerpt) in John Baldessari. Pure Beauty, eds. Jessica Morgan and Leslie Jones (London: Tate Modern; Barcelona: Museu d'Art Contemporani de Barcelona; Los Angeles: Los Angeles County Museum of Art; New York: The Metropolitan Museum of Art, 2009), 93.

Other works by John Baldessari 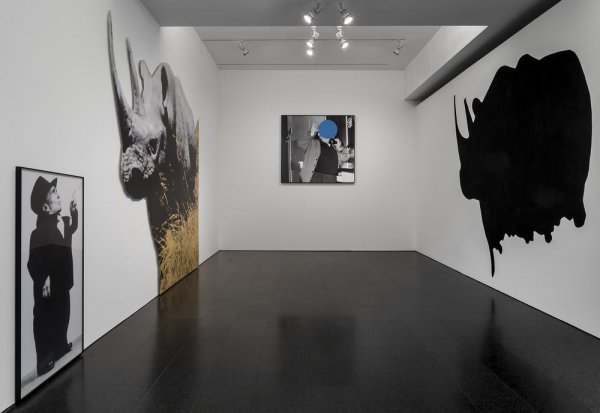 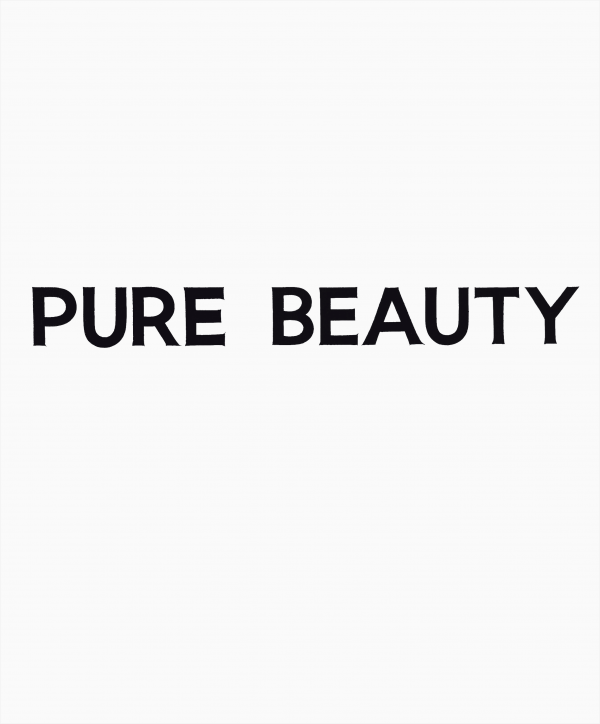