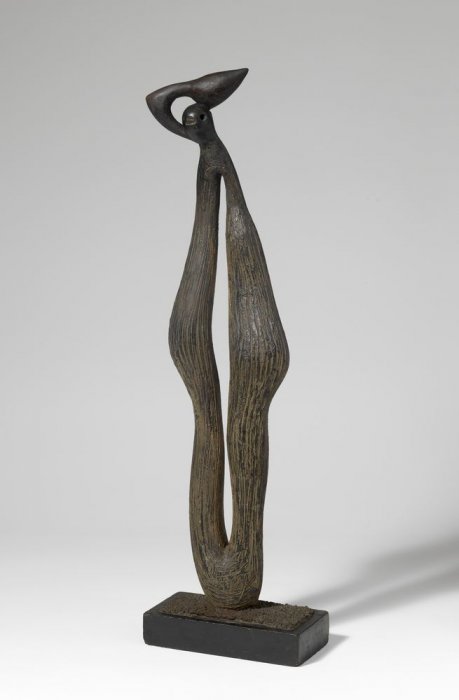 Although he also made paintings and drawings, Alberto was most widely recognised for his sculptural production, in which two creative moments stand out: the thirties, in Madrid, and his later years in exile in Moscow. The work in the MACBA Collection Signo de mujer rural en un camino, lloviendo (Sign of a Rural Woman on a Road, Raining) belongs to the first period, a time that was creatively and socially very intense for the sculptor.

It is a work in plaster showing a very stylised female figure. The woman, along with other symbols of the popular Spanish imaginary such as the bull, occupies a prominent place in Alberto’s iconography. The play between full and void, the use of verticality, the elegance, the sobriety of the materials and the incised surface are some of the most significant features of his work. Despite evoking a female figure that protects itself from the rain with a title that semanticises the work, Alberto's sculptures are never faithful transpositions of particular subjects. ‘Sometimes they are more representative than at others, but in general they never pursue figurative mimesis. And yet, while they are not conventionally recognisable, they are always familiar to us. [...] That familiarity results from the recognition of an object that, however, is also there.’ (Colección CAPA. Diputación de Córdoba, Junta de Andalucía, Diputación de Huelva and Ayuntamiento de Alicante, 1998, p. 244.)

Alberto made this work in his Madrid studio between 1927 and 1932. In 1938, during the Civil War, the studio was bombed and much of his work destroyed. A few years later, when he was already in Moscow, the artist reproduced some of the works of the Madrid years, including Signo de mujer rural en un camino, lloviendo. After the artist’s death in 1962, much of his work was moved from Moscow to the former headquarters of the Eduardo Capa foundry, in Arganda del Rey, Madrid. The transfer was made at the beginning of the seventies and organised by the artist’s nephew, the architect Jorge Lacasa. Many of the original plaster models were in poor condition and were rescued by Capa, who also cast in bronze those works approved by the sculptor's family. Signo de mujer rural en un camino, lloviendo was cast in bronze in 1985 at the suggestion of the artist’s widow and his son, Alcaén Sánchez.

Other works by Alberto 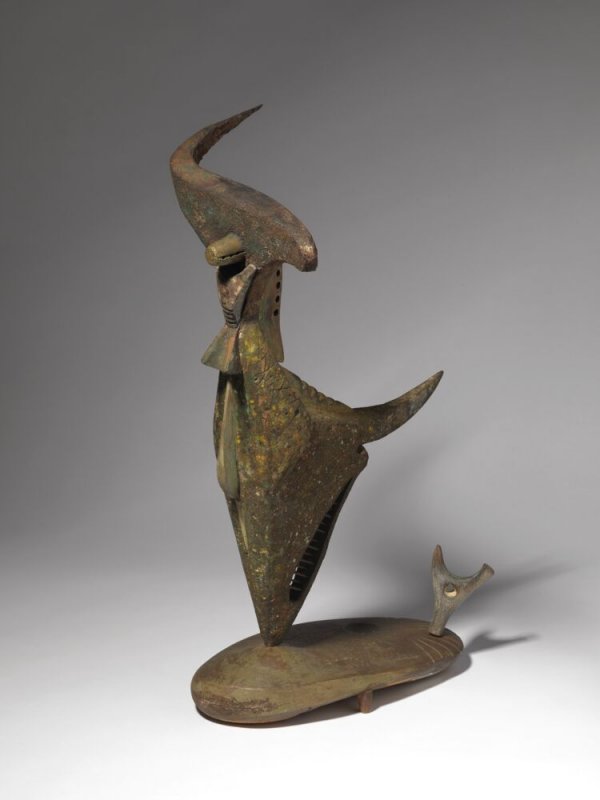 Alberto
Toro y paisaje
1962
See all works by this artist →
I believe an artwork should leave the viewer perplexed, make him reflect on the meaning of life
Antoni Tàpies