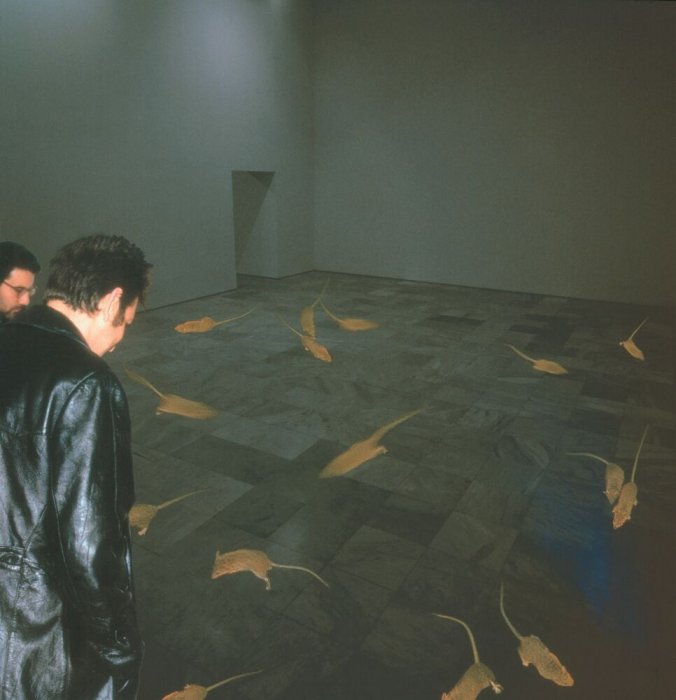 The fact that, among other elements, Antoni Abad uses in his works recent and current projects and ideas in video or other audiovisual technologies is not of great significance in itself, but it is a logical extension of ideas which were already to be found in his sculptures of the late eighties. Specifically for his interest in a form of metamorphic, flexible, even pliable sculpture, equipped with mobility (though not in the same way as kinetic sculpture) and able to regenerate itself in different states of the material, always being one and the same… and multiple. That is why any speculation on the various possibilities, configurations or mutations of the apparently inert sculptural object is often accompanied by photographs or sequences of images where those transformations become visible, potentially enlivening their structure (whether soft or hard, made of foam rubber or metal and wood).
[…] This image, once again a video sequence edited in a loop (Abad loves loops, circles, and I suppose palindromes: "Able was I ere I saw Elba"), projected onto the overhead plane, shows us a tightrope walker balancing on a short piece of rope which he totters across, advancing and retreating, over and over again, as if he were wondering whether or not to go ahead (the frame shows us the rope and the tightrope walker's feet in the foreground; he is also naked and anonymous, in a powerful chiaroscuro composition).
Once again with a not immediate autobiographical touch, it might be said that the piece is a visual expression of the idea of walking a tightrope, performing a balancing act. In fact, it is, after Gertrude Stein, an everybody's biography: an autobiography of any Tom, Dick or Harry, unless we can still imagine the possibility of perpetual happiness, free from anxiety, adversity or want. So our tightrope walker is not the perfect hero but a tumbler who totters along without really moving forward: aware of the danger, of the risk, suspended in the air – and in the suspense of the obsessive, hypnotic image on the high vaulted ceiling – he is walking in a straight line which in fact is a circle.

Other works by Antoni Abad 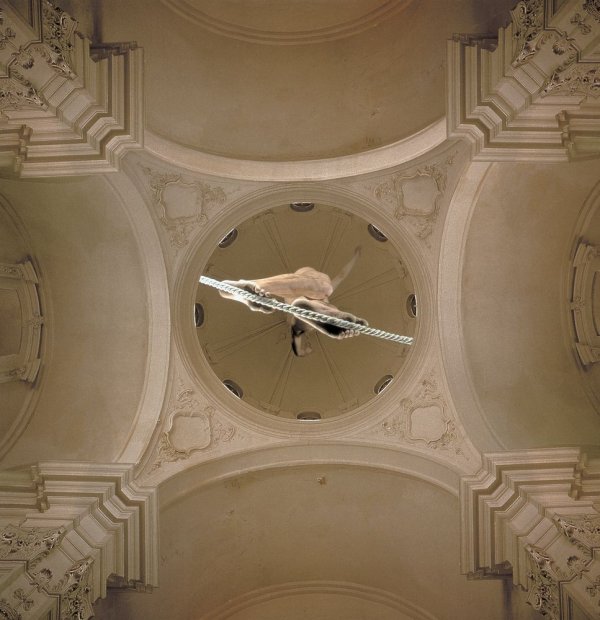 Antoni Abad
Sense títol (Creu esclava)
1990
See all works by this artist →
The blood of sensibility is blue / I consecrate myself / To find its most perfect expression.
Derek Jarman