Joan Hernández Pijuan studied at the Escola d’Arts i Oficis de la Llotja and the Escola de Belles Arts, Barcelona, and in 1957 moved to Paris, where he studied engraving and lithography at the École des Beaux-Arts. Although his early work was close to gestural expressionism, he soon adopted a geometric figuration dominated by colour fields and by the presence of solitary objects such as fruit, glasses, eggs and scissors. Treated with elegance and mysticism, colour was always central to his work. On a smooth ground with passages of grey and green, Hernández Pijuan incorporated elements and mathematical references such as grids or metric tapes. Colour strips, tonal gradation, transparencies, textures and resonant light are all elements that typify the artist's work, which in the eighties incorporated elements such as the profile of a cypress, the furrows of the plough or the shape of a leaf, without ever abandoning abstraction. In the late eighties, Hernández Pijuan returned to Informalism, eventually developing a style of painting characterised exclusively by the use of a black-and-white palette. Atmospheric though austere, the work becomes an exercise in spirituality and inner contemplation. He also continued his work as a printmaker, producing carefully executed, monochromatic grids in series. 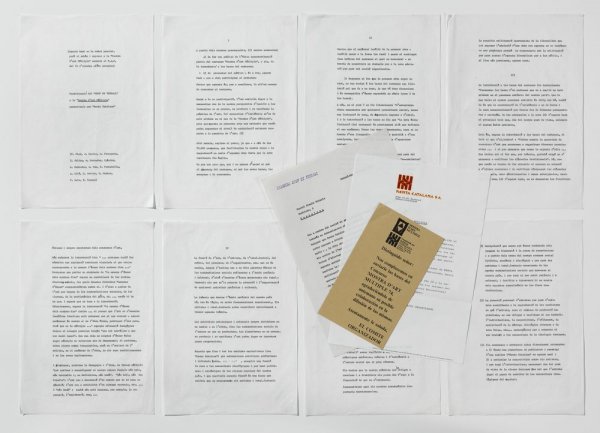 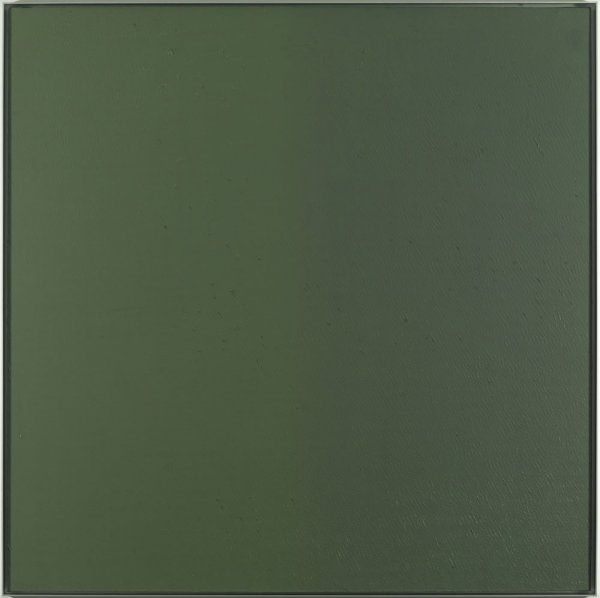 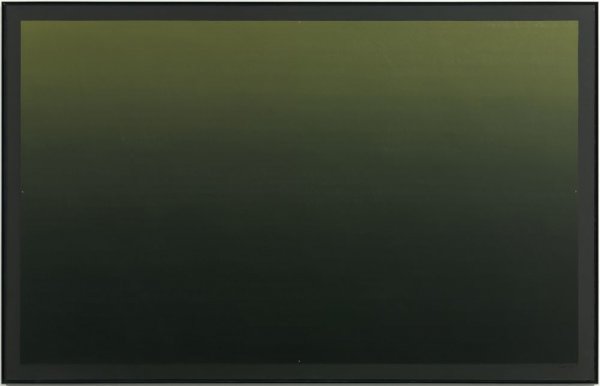 Hernández Pijuan : auguades, dibuixos, aquarel·les : 9 març / Galeria Ciento
[1976]
See all documents in the Archive →
Gold does not take on any dirt. And gold, just are diamonds, is an exalted material. It possesses such a degree of abstraction that it encounters you –if you use it artistically– on an already exalted level.
James Lee Byars