Keith Haring was born in 1958 in Reading, Pennsylvania, and grew up in neighbouring Kutztown. He died in New York in 1990. He studied at the Ivy School of Professional Art, Pittsburgh, and at the School of Visual Arts, New York. After listening to a talk by the Bulgarian artist Christo, Haring realised that art could take to the streets. In the early eighties he began to intervene with marker pens and chalk on the black surfaces reserved for advertising in the New York subway. Haring made numerous graffiti, something that led to him often being arrested and becoming a cause célèbre beyond the traditional circuits. In 1982 an exhibition at the Tony Shafrazi Gallery, New York, propelled him into the art market and he soon became a highly-valued artist. With a naïf Pop-like aesthetic and a powerful component of social criticism, his creations in a great variety of formats (paper, urban walls, sculptures, textiles…) show simple silhouettes defined by thick black lines and flat colours. Children, animals, flying objects, pyramids, TV sets and sexual scenes in particular make up his iconography. Haring was able to reach the public at large by expressing universal concepts such as death, sex, birth, drugs and technology in a style marked by the outlines and a direct message. In 1989 he created the Keith Haring Foundation to help fight against AIDS. He died the following year at the age of thirty-one.

Although he never gave up practising art in the street, in his lifetime Haring also exhibited in prestigious institutions such as the Stedelijk Museum, Amsterdam, 1986, and the Whitney Museum of American Art, Connecticut, 1986, and was included in Documenta, Kassel, 1982, the São Paulo Biennial, 1983, and the Whitney Biennial, 1983. Among his many public murals are the one in New York for the centenary of the Statue of Liberty in 1986, in which nine hundred children took part; the one on the eastern side of the Berlin Wall, 1986; one for the Necker Children’s Hospital in Paris, 1987; and one in the Raval in Barcelona, 1989, now in the MACBA Collection. Since his death, Haring’s work has been exhibited widely and has been the subject of numerous retrospectives in centres such as Kunsthaus Wien, 1995, Fundació “la Caixa”, Madrid, 1995, Museum of Contemporary Art, Sydney, 1996, and Musée d’art moderne de la Ville de Paris, 2013. 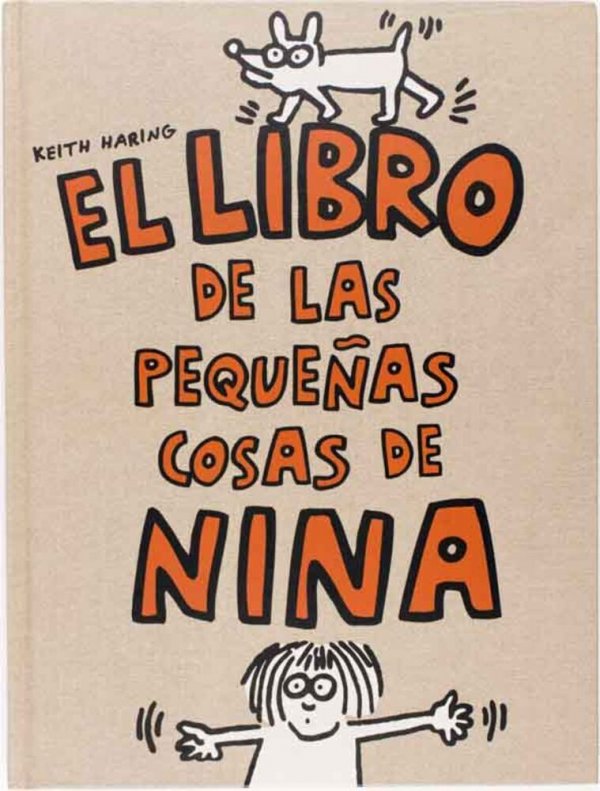 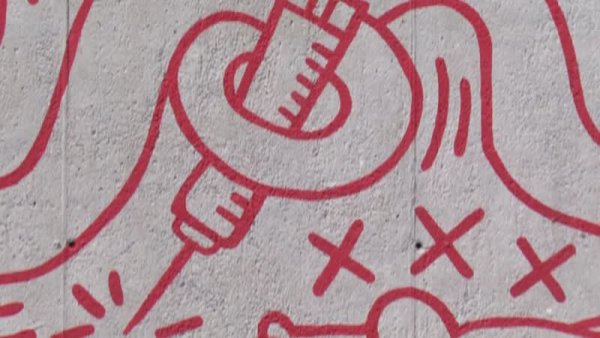 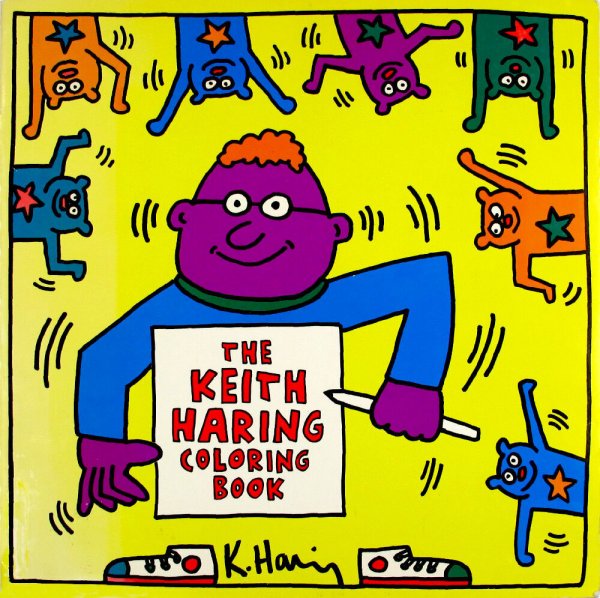 The Keith Haring coloring book
1992
See all documents in the Archive →
A single image can bear witness to the past and anticipate a foreseeable future.
Ignasi Aballí