Andrea Fraser was born in Billings, Montana, in 1965, and grew up in Berkeley (California). She studied at the School of Visual Arts and the Independent Study Program of the Whitney Museum, in New York, where she currently lives and works. Her performances, videos and installations are a critique of the mechanisms supporting the art world. Influenced by gender studies and the theory of social fields of sociologist Pierre Bourdieu, in her performances, texts, videos and installations Fraser analyses with great irony the different agents that make up the art world (curators, museums, collectors, artists and public).

She teaches in the Art Department of the University of California, Los Angeles, and has contributed essays and theoretical texts on performance to magazines such as Art in America, October and Artforum. She was a founding member of feminist performance groups such as The V-Girls (1986–96) and other collective initiatives such as Parasite (1997–8), Services (1994–2001) and Orchard (2005–8). 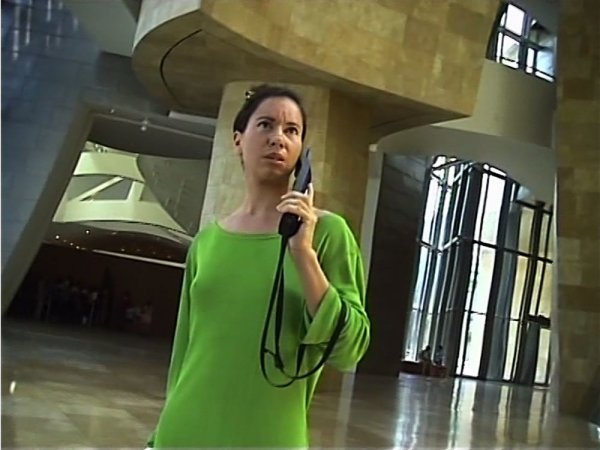 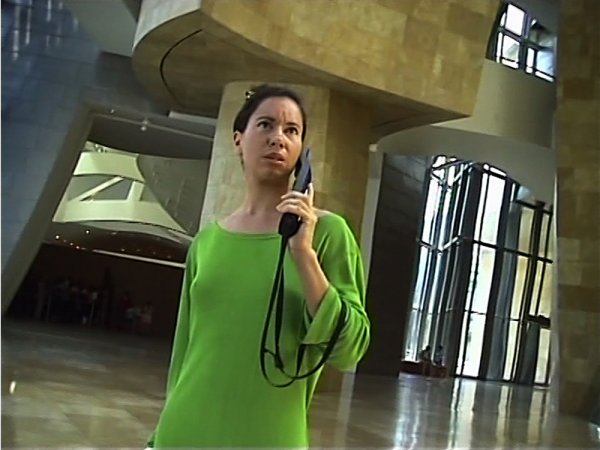 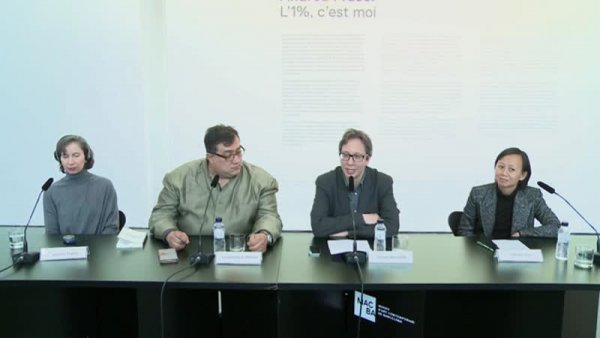 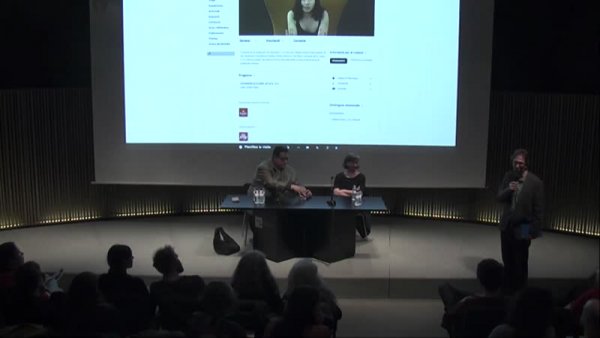 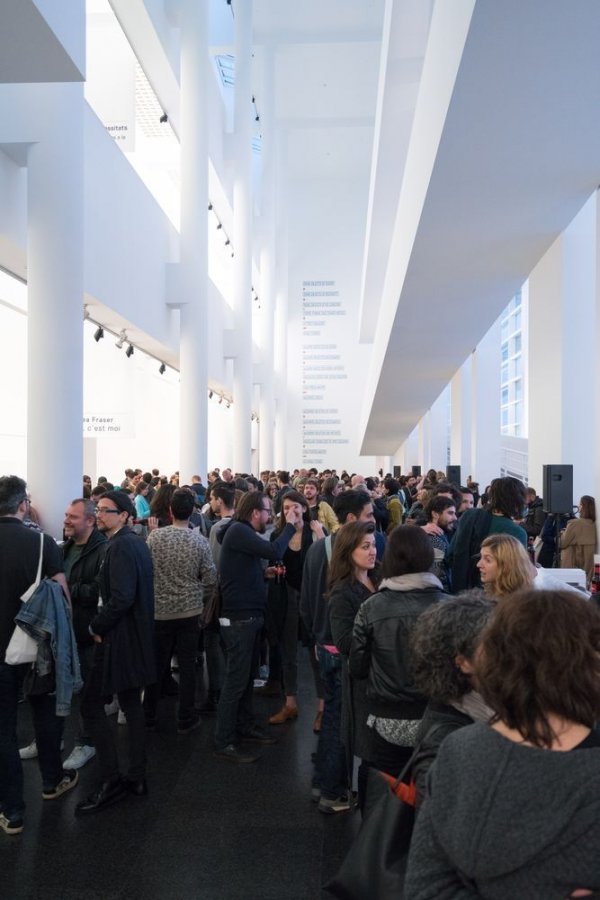 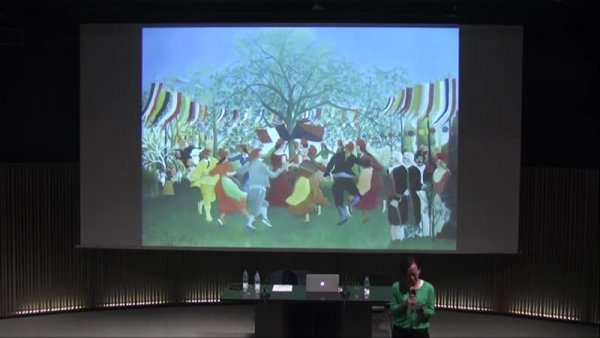 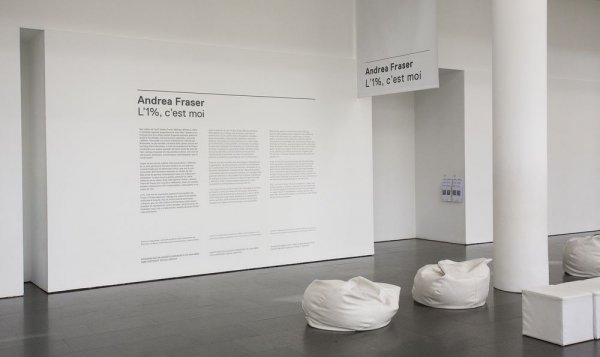 Andrea Fraser. L’1%, c'est moi [Reportatge fotogràfic exposició]
22/04/2016-04/09/2016
See all documents in the Archive →
A single image can bear witness to the past and anticipate a foreseeable future.
Ignasi Aballí